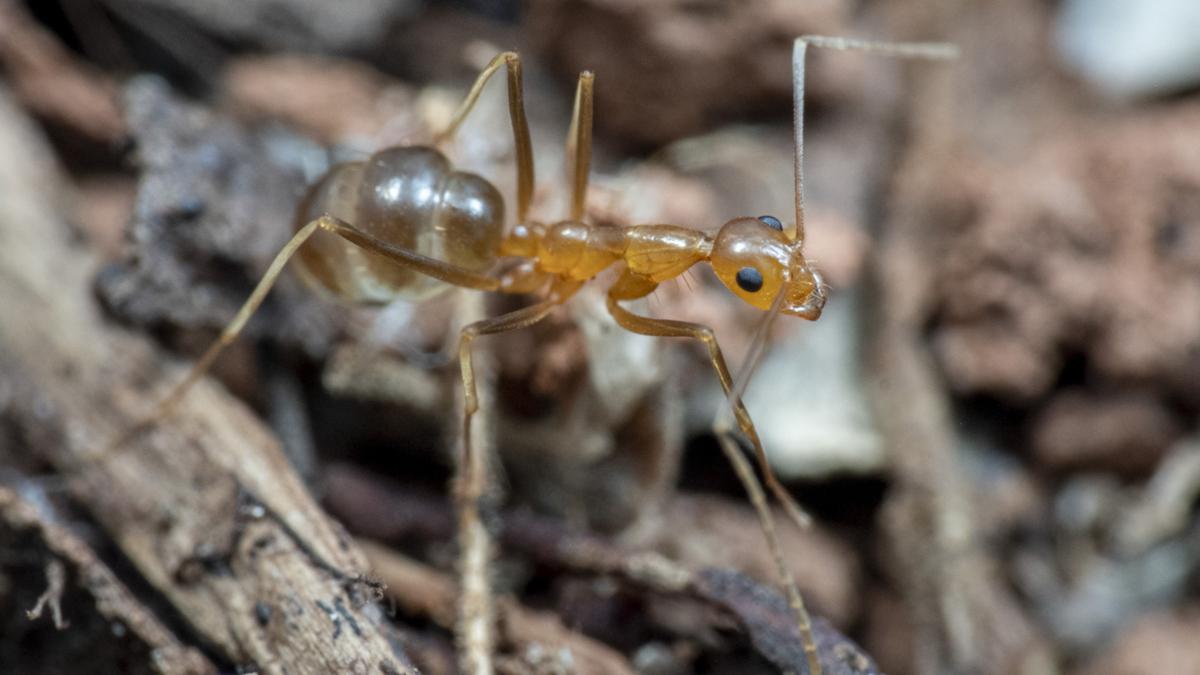 Urgent action is needed to contain the potentially environmentally catastrophic spread of an invasive species of acid-spray ants, an expert has said.

Yellow crazy ants were first detected in Australia in 2001, but growing infestations – mainly in Queensland – have raised fears that they could wipe out some native small animal species, as well as make outdoor spaces such as unusable parks and backyards.

James Trezise of the Invasive Species Council says the most worrying outbreak is in northern Queensland, where yellow crazy ants are threatening the UNESCO-listed Wet Tropics area, which includes the Daintree Rainforest.

He said the yellow crazy ants had also ‘done huge damage’ to Christmas Island, while they had also been detected in the Brisbane area and the environmentally sensitive Arnhem Land area of ​​the Northern Territory .

They were reportedly first discovered on the Gold Coast on Monday at a private property in Yatala, amid fears they could spread across the country.

Trezise said the ants prefer the tropics and threaten to cause “extinction-level events”.

“If yellow crazy ants are allowed to spread across North Queensland they will be a huge disruptor to cane growing and agriculture in those areas.

“And that’s where they will form what we call super colonies. It is such an efficient invader that a colony can have over 100 queens.

He said the ants are about 2 miles from Mount Elliot, south of Townsville, where there are “species of frogs and lizards that exist nowhere else in the world.”

“If they get there, they will wipe out these species,” Trezise said.

“Once they are established, they will wipe out all small animals – insects, frogs, lizards – in a landscape.”

Yellow crazy ants are so invasive that Queensland declared them ineradicable in 2012.

Bait is being undertaken to combat them, and during the federal election campaign Labor pledged $24.8 million in funding to groups involved in these efforts.

Trezise said baiting was a difficult and expensive exercise given that yellow crazy ants burrow “deep underground” and more needed to be done to prevent their spread.

What this means for you

However, he said the risk to human health was limited.

“People can’t take their kids to play with them because they end up being overrun with crazy yellow ants.

“There are people in Townsville now who can’t sell their homes because they have yellow crazy ant infestations.

“These are not sting ants, whereas the fire ants, which we are trying to bring down in South East Queensland, have actually caused some people to die of anaphylaxis.

“Yellow crazy ants spray acid. They blind their prey and that’s why they are such effective killers. They swarm and blind prey, like a frog or a much larger animal, then slowly consume that animal to feed the colony.

The Queensland Department of Agriculture said work to contain the ants was continuing.

“Biosecurity Queensland works with councils and industry to help landowners manage many invasive pests, such as yellow crazy ants, and their ongoing impacts,” a department spokesperson said.

Monkeypox is detected in Australia. It could have been circulating ‘under the radar’ around the world for years

“Our ancestral lands are bleeding from ecological violence”

Beyond our “monkey brain meat bags”: can transhumanism save our species? | Australian books

A species of mosquito from Papua New Guinea, lost for 90 years, found in Australia