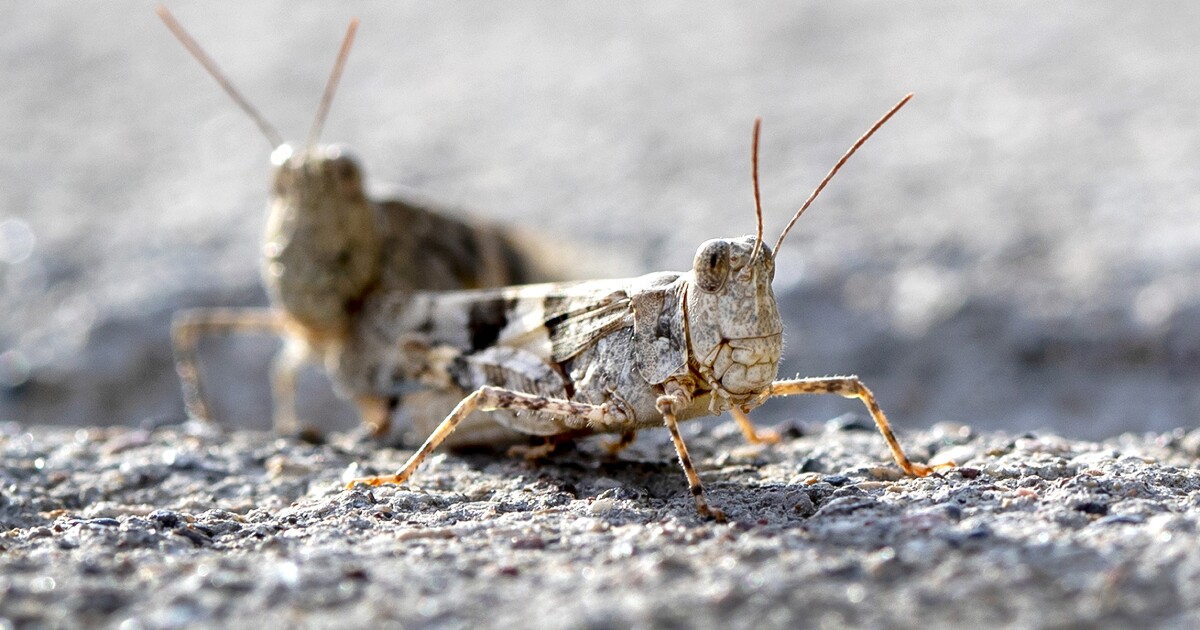 (Jil Center Square) – Residents of the Everett, Wash., area have been urged to watch out for unusually large grasshoppers, which have been spotted in the area.

The Egyptian grasshopper, native to Europe, Africa and the Middle East, was discovered by an Everett resident earlier this year, the first-ever sighting in the state. The insect is added to a growing list of non-native species seen in or near the evergreen state this year.

As grasshoppers emerge in late summer, the Washington Department of Agriculture has asked for the public’s help in tracking the Egyptian grasshopper, which is identifiable by the black vertical stripes over its eyes. Adults are olive, gray or brown. Males can be over two inches long, females almost three inches. The insects feed on leaves and can blend into the vegetation.

“A wintering grasshopper could easily hitchhike, so this is another case where we’re asking the public to help us determine if this is just a single specimen,” said Sven Spichiger. , chief entomologist for the WSDA, in an Aug. 25 blog post.

There is currently no evidence of an established population, but the USDA is collecting information to assess the potential threat to crops in Washington.

This alert follows a sighting of the giant Atlas butterfly in Bellevue last month. This creature is native to Southeast Asia and can have a wingspan of up to 10 inches. It is not harmful to humans.

Also last month, the emerald ash borer, an invasive insect that has decimated ash tree populations in 35 states, has been spotted in Forest Grove, Oregon, just 20 miles from Vancouver. This pest, metallic green in color and about 1.5 inches in length, destroys ash trees in larval form by tunneling under the bark of the tree.

The WSDA asks residents to be on the lookout for these two pests.

Another threat is the non-native European green crab, which multiplied by more than 5,000% in Puget Sound last year, prompting Governor Jay Inslee in January to order that emergency measures be taken to eradicate it. The green crab feeds on clams, mussels and oysters and destroys vital habitats such as eelgrass beds and estuarine marshes.

Washington residents who have seen an Egyptian grasshopper or Atlas moth, or emerald ash borer and have requested to send a photo to [email protected] and include where the pest has been seen.