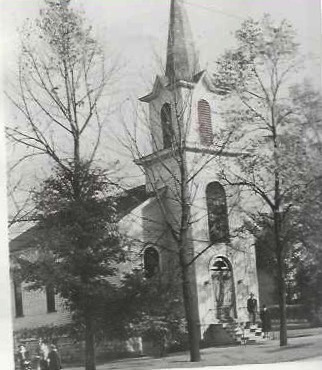 A book titled “Labor in the Vineyard” written by EM Favrholdt and published by the congregation indicates that on a motion by Rev. TH Wald, a plan for the erection of a Scandinavian church was organized at the Congregational Church on the Second rue à Manistee on May 5, 1868.

The dimensions were 50 feet by 32 feet with 18 feet from floor to ceiling. There were windows: three on each side and three in front of the church overlooking Walnut Street.

The first president was Chr. Petersen with 25 voices. Also selected are: DM Fuglestad, Hans Rasmussen, L. Sands and JK Hansen. However, the doors and windows were not.

RELATED: The Marilla woman recounts her childhood at the beginning of the 20th century

The Rev. JAM Rodholm was chosen in October 1915 when the Rev. VS Jensen.

Opening hours: 11 a.m. to 2 p.m. the first two Saturdays of July to October

Like his predecessor, Reverend Rodholm, spoke English fluently, but was not inclined to use the language during regular church services.

The life of the congregation is marked by the effects of war. Many young men entered active service and some also gave their lives. The women were busy sewing and knitting for the boys, and the men led by the pastor raised a considerable subscription for Liberty bonds.

Indeed, our Synod gave a meaningful and clear expression of loyalty and devotion, when at its convention in Ashland, Michigan in 1917, it was decided to send the following telegram to President Woodrow Wilson: “” The Church Danish Evangelical Lutheran in America sends greetings wholeheartedly endorsing the principle of justice to small nations and liberation from oppressed nationalities so nobly expressed by you. May God from whom alone comes the power and wisdom to lead the battle for justice and freedom strengthen and guide you and your advisers during these for our beloved country at such critical times. NP Gravengaard,
President.”

Delegates present were MP Nielsen and Ms. AT Seeley.

On September 5, 1917, Reverend Rodholm announced his decision to accept an army chaplain commission. None of that came about however and he was still with us welcoming the boys home in January 1919.

RELATED: The History of the Portage Lake Channel

Reverend Hans O. Jensen was approved by the 95 members of the congregation. At this time, the economic situation of the congregation was also improving. This was very well received because the increase in the cost of living after the war had been felt by all.

English has returned as the language of the congregation with monthly service said in English. Older members supported these efforts. Younger members, however, find it increasingly difficult to continue the work of mutual understanding. Reverend Jensen left on June 1, 1923.

The beginning of this book: “Our young pastor has asked me, as the oldest member of the congregation, to greet the readers of this book.

“Tour. Favrholdt thought he would use my help to go through some of the material that was made available for the composition of the book. So I want to say that it was a pleasure for me to help, as much as I have. pu, and that in my opinion the book can rightly be taken as a testimony of our congregational life. Over the many years I have felt at home in our church, the hours I have spent there were the most precious that I have experienced. I have known and loved pastors from the time of Reverend Rosenstand to the present day, and as a layman, to our pastors for their preaching. Pastors have varied but the guidance note is still the same.

As an old man, I would like to urge present and future generations to work faithfully for our church, our congregational life – yes, for the One to whom we confess with the words of disciple Thomas: “My Lord and my God.

“And I find immense treasure in Bishop Grundtvigs’ beautiful hymn:

Years full of splendor, which the Earth can afford for delinquents. Never can measure, Past with You, Lord. When on the wings of your life-giving word souls are lifted up and you are worshiped.

This story told by Hans Nielsen of Manistee, Michigan in October 1926.

The information in this article was compiled by J. Carter for the Old Kirke Museum.