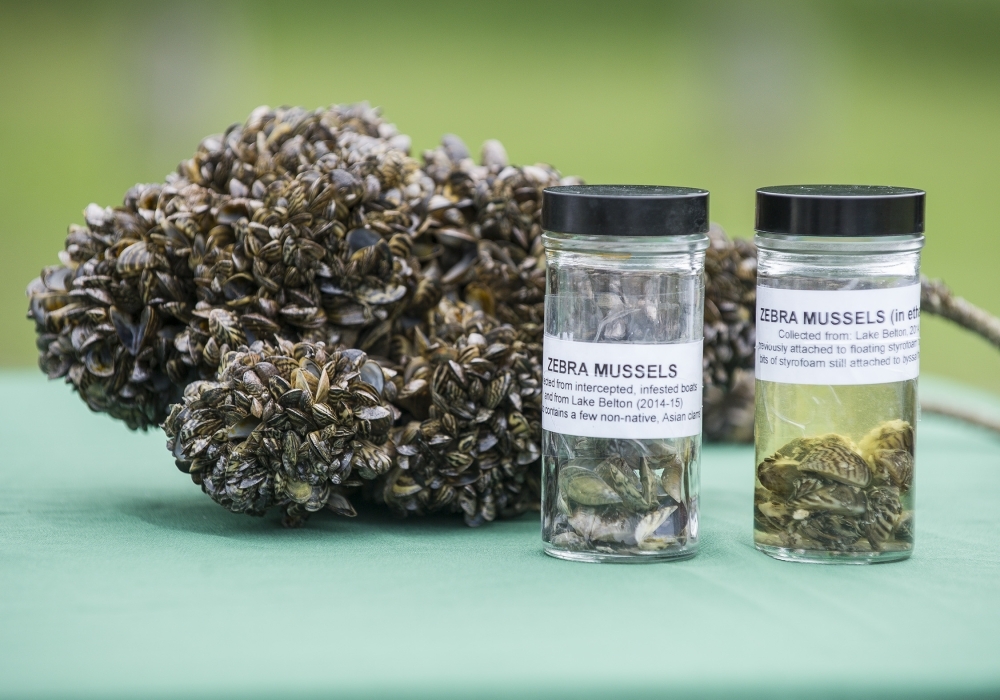 Memorial Day weekend marks the unofficial start of Texas boating season, and the Texas Parks & Wildlife Department urges boaters to take necessary invasive species precautions, according to a May 26 press release from the TPWD .

Species such as the zebra mussel and the giant salvinia, a highly invasive aquatic plant, pose an ecological threat to lakes and waterways in Texas.

“While we want everyone to have a good time, we also want them to avoid taking free invasive species walks and helping them travel to new lakes,” said Brain Van Zee, regional director of invasive species. inland fisheries, in the press release.

Zebra mussels can attach to anchors and microscopic larvae can be carried in residual water inside a boat, according to Monica McGarrity, senior scientist for aquatic invasive species management.

The most effective way to prevent the spread of invasive species such as zebra mussels is to clean, drain and dry boats and boating equipment, according to Van Zee. These practices are required under Texas boating regulations, and boaters could face a $ 500 fine for carrying prohibited invasive species.

Only a small fragment of an invasive species can pose a threat to Texas lakes, and managing an invasive species can be costly once a waterway is infested. In the Greater Austin area, Lake Travis and Lake Austin have been infested with zebra mussels since the initial detection in 2017 and have required significant treatment efforts since, according to Austin Water, the city’s water utility operator.

Non-native molluscs attach themselves to hard surfaces and pose a number of ecological and recreational threats. According to TPWD, zebra mussels can damage boats and water supply infrastructure, alter aquatic ecosystems, harm native species, and lay shorelines with razor-sharp shells.

In the past year, species such as zebra mussels and giant salvinia have spread to new bodies of water. However, other harmful aquatic plant species such as water hyacinth and hydrilla have also been introduced to Texas lakes by boaters both in and out of the state.

In order to combat this threat, boaters should drain all water on board before leaving the lake and should remove all plants, mud and debris from their boats, trailers and gear. In addition, TPWD urges boaters to completely dry their watercraft for at least a week before visiting another lake.

To learn more about how to protect Texas lakes from invasive species, boaters and lake enthusiasts can visit TPWD’s online resource.