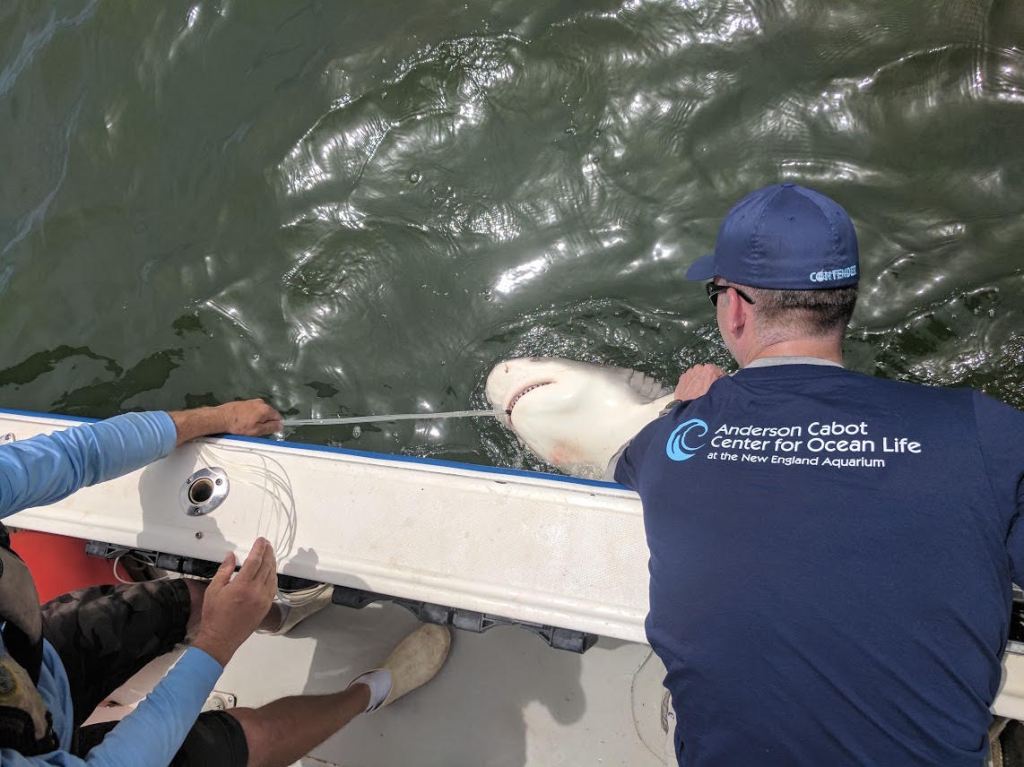 Some Shark Species Are More Resilient Than Others When It Comes To Surviving Catch And Release: A Study Conducted By The New England Aquarium

Some species of sharks are extremely resistant to the stress of being caught and released, while other species are much more likely to die, shark researchers found in a study conducted by the New England Aquarium.

Some animals will die even after being released due to stress or injury from the capture process. The results of the study showed that for some shark species, such as black tip sharks and long-billed sharks, up to 42% to 71% of sharks will die even after being released alive. Other sharks, such as sandbank and tiger sharks, were much more resilient, with only 3% or less deaths after release.

“We set out to do what very few studies had done before – put electronic tags on a large number of sharks and collect blood samples from the same animals we tagged,” said Nick Whitney, senior scientist at Anderson Cabot Center at the New England Aquarium. for Ocean Life and lead author of the study.

“We did this to get a feel for how we could predict their fate based on indicators of stress in their blood,” he added.

Scientists have placed beacons called accelerometers, the same technology used in a Fitbit, on the fins of more than 300 sharks.

The technology has helped researchers track the small-scale movements of sharks and, most importantly, whether they lived or died after being caught on commercial longlines and released in the Gulf of Mexico and the Florida Keys.

Although longline fishermen generally keep the sharks they catch, some species must be released due to regulations. Such rules are only effective if sharks actually survive after being released, which is difficult to measure.

“The assumption behind the no-take regulations is that the shark will swim and live its normal life after release, but we know that for some sharks this is not true,” Whitney said.

Data from this study shows that no-take regulations can be very effective for some species but less so for others.

A 2011 study by Whitney used this same combination of techniques and found a very different result for black tip sharks caught by recreational fishermen.

“We only found about 10% mortality in our previous study of black tip sharks caught with rod and reel,” Whitney said. “In this latest study, we found that 35% of black tip sharks died by the time they were caught and that many more will die after release, producing a total mortality of around 62%. This shows that bottom longlines are very hard on blacktip sharks, even when live animals are released. “

Petition: ask the OFS to dedicate its commitment to protecting endangered species