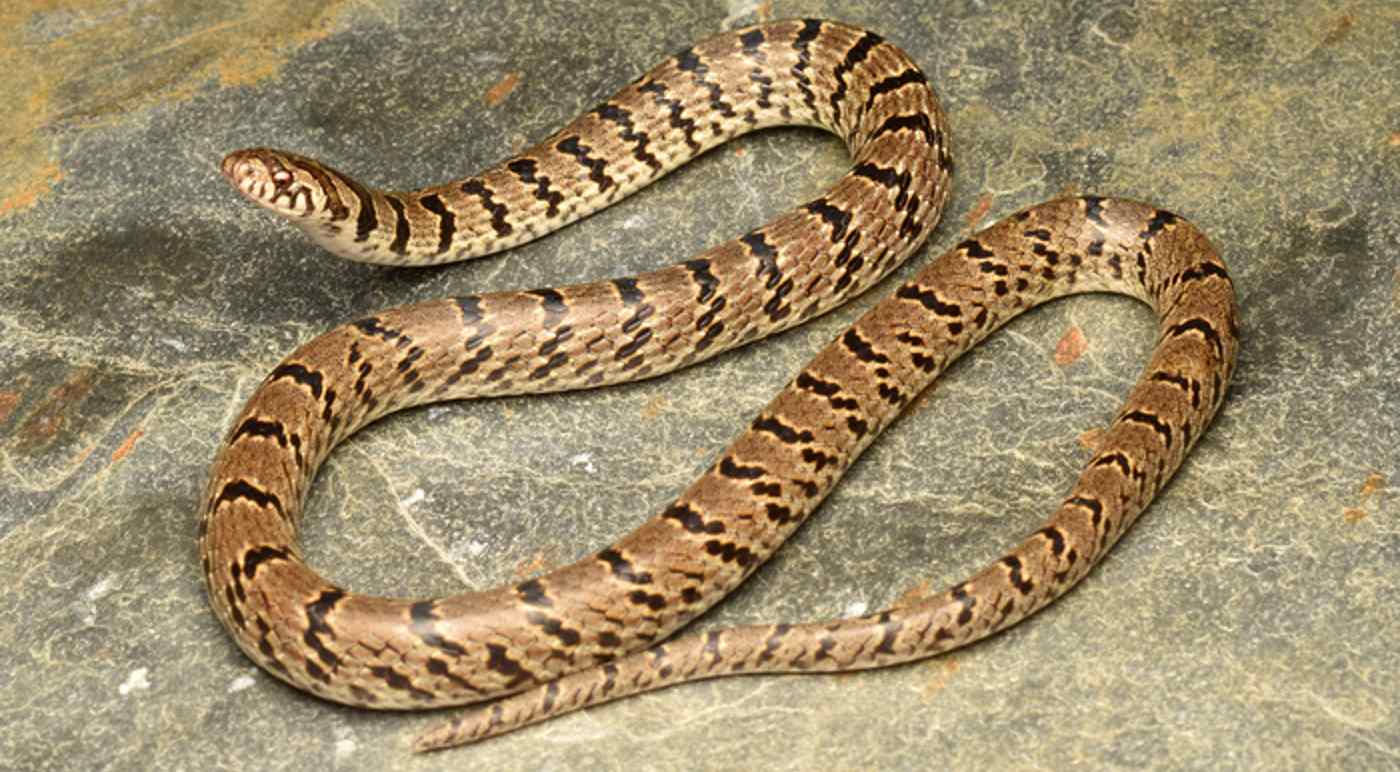 Intrigued by a photo shared on Instagram, an Indian research team discovered an unknown species of kukri snake.

Staying at his home in Chamba due to pandemic containment, Virendar K. Bhardwaj, a master’s student at Guru Nanak Dev University in Amritsar, began exploring his garden, photographing everything he found there and posting. photos online.

His Instagram account began to buzz with the lives of snakes, lizards, frogs and bugs he encountered.

One of those photos, a photo of a kukri snake, appeared in Zeeshan A. Mirza’s news feed at the National Center for Biological Sciences in Bangalore and immediately caught his attention. After a conversation with his colleague Harshil Patel, he decided to get in touch with Virendar and learn more about the sighting.

The snake, which Virendar encountered along a muddy road on a summer evening, belongs to a group commonly known as Kukri snakes, so named because of their curved teeth that resemble the Nepalese ‘Kukri’ dagger.

FOLLOWING: Jaguars in Mexico are on the rise, a promising sign that conservation strategies are working

At first glance, the individual Virendar photographed looked a lot like the common Kukri snake (Oligodon arnensis). However, a herpetologist might spot some unique characteristics that raise questions about his identity.

Virendar uploaded the photo on June 5, 2020, and at the end of the month, after thoroughly exploring the area, he found two individuals, enough to proceed with their identification. However, the pandemic slowed down research work as natural history laboratories and museums remained closed.

When the labs reopened, the team studied the DNA of the specimens and discovered that they belonged to a different species of the common Kukri snake. Then, they compared the morphological characteristics of the snakes with data from the literature and museums and used micro-CT scans to further study their morphology. Ultimately, the research team was able to confirm that the snakes belonged to a species previously unknown to science.

The discovery was published in a research article in the international peer-reviewed journal Evolutionary systematics. There, the new species is described as Oligodon churahensis, its name referring to the Churah Valley in Himachal Pradesh, where it was discovered.

“It’s quite interesting how an image on Instagram led to the discovery of such a pretty snake which, until very recently, remained hidden from the world,” comments Zeeshan A. Mirza.

“What’s even more interesting is that exploring your own backyard can reveal as yet undocumented species. Lately, people have been eager to travel to remote biodiversity hotspots to find new or rare species, but if you look in their own backyards, they may end up finding a new species there. “

“Compared to other biodiversity hotspots, the Western Himalayas are still poorly explored, especially in terms of herpetological diversity, but it is home to unique reptile species that we have only begun to unravel in the last few years. last two years, ”adds Mirza.

SLITHER This fascinating discovery to friends on social networks …