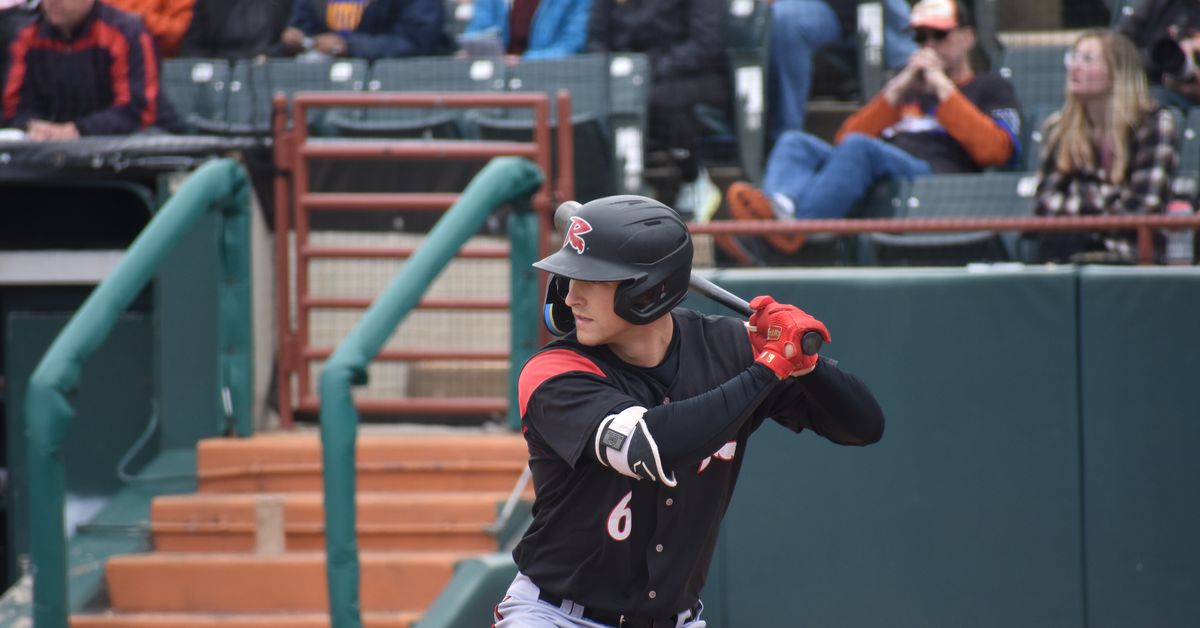 All minor league baseball affiliates of the San Francisco Giants were in action on Wednesday, so let’s get to it!

All positions listed are positions played in this match.

The River Cats got fired, which is never fun. And it happened against RHP Kervin Castro (#26 CPL), who allowed 3 hits in the 9th inning, ending the game before recording one out. After making his MLB debut in 2021 and allowing zero earned runs in 13.1 innings (and making the playoff roster), Castro has taken a pretty big step back this year. He has a 4.94 ERA and 5.72 FIP, and while his control has been significantly better over the past few weeks, he’s still walked 23 in just 31 innings, with just 31 strikeouts. .

On offense, receiver Andrew Knapp, who only joined the organization a few days ago, had the big hit of the day, going 2-4 with a 3-run homer in the 8th inning.

Shortstop Arquímedes Gamboa went 2-4 with 2 doubles, although he’s still having a tough year, with just 0.711 OPS and 83 wRC+. He remains very good defensively and on the base paths, but has never been a notable hitter at any time in his professional career.

Curt Casali made his second appearance in rehab, this time as the designated hitter, and went 0-2 with 2 strikeouts. He’s been knocked out in his 5 home plate appearances since starting his rehab mission, although I wouldn’t read about that other than that rehab missions are important.

Well, not a very good double header, although second baseman Shane Matheny apparently didn’t get the memo. On a day when Richmond had just 8 hits in 2 games, Matheny went 3-8 with a brace in Game 1 and a home run in Game 2, with a walk sprinkled in for good measure.

He’s been great all year and now has .834 OPS and 132 wRC+. Since he is 26 years old and repeats AA, could we maybe see him in Sacramento before the end of the year? I hope. Update: Matheny has been promoted.

First baseman Carter Aldrete, playing only his 3rd and 4th games with Richmond following promotion, had a great day, batting 2-5 with a double and a walk. Welcome to AA, Carter!

But another tough day for third baseman Brett Auerbach (No. 28 CPL), who went 0-3 with 2 strikeouts in both games. Auerbach has now struck 103 times in 312 plate appearances this year.

The starting pitcher wasn’t great, with RHP Wil Jensen giving up 6 hits, 5 walks and 6 runs in just 3.2 innings in Game 1. RHP Matt Frisbee was better in Game 2, but still had a lot of difficulties, allowing 8 hits, 2 walks and 5 runs in 5 innings, but with 6 strikeouts.

RHP Nick Avila made his 2nd appearance since a recent promotion, and despite allowing both a hit and a walk in just one inning of work, he didn’t allow a run and struck out 2 batters on strikes.

Not much happened in this game, although there was a home run from a rare source: designated hitter Max Wright.

Wright has played sparingly this year – it was only his 9th High-A game, to go along with 29 Low-A games and only one AAA appearance. But he did decently every step of the way, and posted a .729 OPS and 113 wRC+ in San Jose, and now a .738 OPS and 105 wRC+ in Eugene. Not mind-blowing numbers, but not bad for an unheralded receiver.

A good day also for third baseman Casey Schmitt (No. 24 CPL), who went 1-2 with a double and 2 walks. With .852 OPS and 141 wRC+, it will be fascinating to see how high he climbs on the prospect lists after the season.

But the bad days for the 2 players who have been offensive stars for Eugene lately, as right fielder Vaun Brown went 1-5 with 4 strikeouts, and third baseman Luis Toribio (#39 CPL) batted 0-3 with a walk and 3 strikeouts. .

The pitching was meh, with layered RHPs Jake Wong and Brett Standlee both having poor outings. RHP Ofelky Peralta made his Eugene debut and allowed one unearned hit, walk and run in 2.2 innings, with 3 strikeouts. He’s been good since the Giants signed him in June.

A great day on the mound for RHP Trevor McDonald. In 5 innings, he gave up only 5 baserunners (2 hits, 2 walks and 1 hit) and 1 unearned run, while striking out 7. His season numbers are excellent – 2.62 ERA, 3, 07 FIP and 78 strikeouts for 23 walks. in 65.1 innings – but they’re even better when you focus solely on his recent results. After a few bumps in the road to start the year, McDonald’s got the hang of it, and since the start of June he’s posted the following line: 10 games, 37.1 innings, 32 hits, 17 walks, 7 earned runs and 35 strikeouts. Walks are obviously a big deal right now, though.

RHP Jose Cruz struck out 2 in a perfect inning and now has 59 strikeouts for 15 walks in 32.2 innings this season.

Team Giants Black defeated Team Giants Orange despite only hitting one (one single) and walking all day. And not only that, but they were caught stealing twice. But sometimes all you need to score 2 points is for the other team to make 3 mistakes.

No infraction to speak of, as neither team had a player who reached base multiple times. Orange Giants left fielder Oswaldo Ladera (19, 2019 J2) hit a brace for the only extra hit of the game, which took his OPS to .726 and his wRC+ to 103.

As mentioned earlier, Shane Matheny has been promoted to AAA where he will look to continue his excellent season.