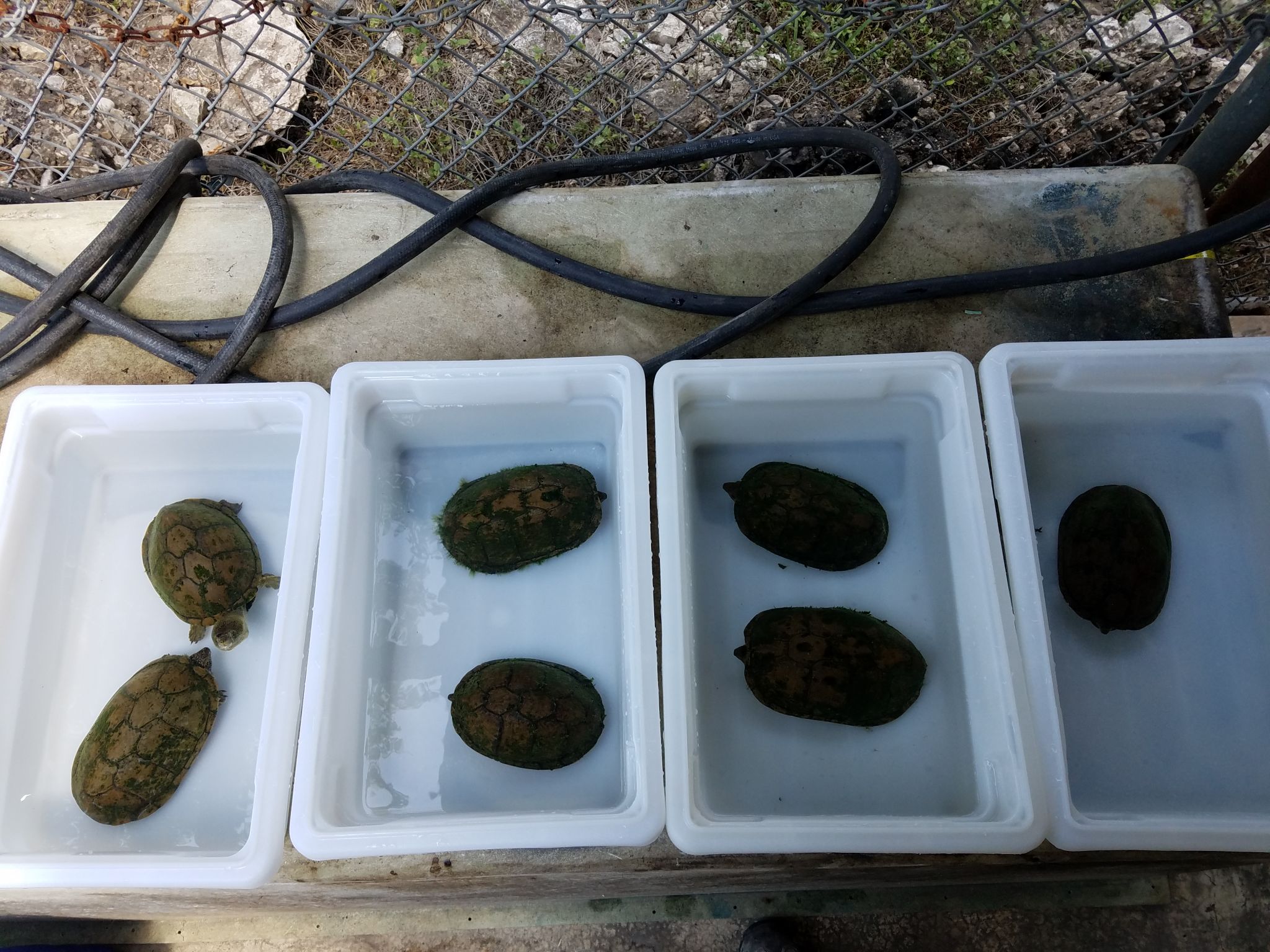 A three-and-a-half-year journey ends with the San Antonio Zoo release of six rough-legged mud turtles. The zoo’s conservation team and Texas Parks and Wildlife worked together to rehabilitate endangered species. The turtles, which were originally discovered at a family’s ranch outside of Marfa, were successfully released to their home pond in late October.

Native to Presidio County in the United States and northern Mexico, it is extremely rare to spot these turtles. When this group was discovered by Jennifer Smith, a professor at the University of New Mexico at Alamogordo in 2018, the critters were suffering from parasites and skin infections, due to poor water quality in their pond.

Overall, the species is threatened due to depletion of available water along its natural habitat and other changes.

“This project is a perfect example of successful and impactful collaborative conservation. It shows how private landowners, academic researchers, government agencies and zoos all working together can secure a future for even the most obscure and endangered wildlife.” , says Andy Gluesenkamp. , Ph.D. Director of the Zoo Conservation and Research Center.

The Fuentez family, who discovered the turtles at the ranch, were instrumental in the rehabilitation process. The pond where the turtles were originally found has also been restored and improved to officially welcome them home.

“We are proud to be stewards of the land, to respect and conserve what has been here for hundreds of years before us and will continue to be so well beyond our lifetimes,” shares the Fuentez family. “We hope this lesson and legacy in giving back to nature will be something our children and grandchildren embrace and continue at Los Alamos Ranch. We will always do our part to maintain these turtles and all the other species of the Big Bend. . “

Before being released to the Los Alamos ranch, the turtles were assessed to ensure they were in perfect health. They were weighed, measured and microchipped by the veterinary team at the San Antonio Zoo.

“I am very proud of our conservation team, and as a Texan, I am especially proud that we were able to help save this group right here in our own state,” said Tim Morrow, President and CEO of San Antonio zoo. “For the San Antonio Zoo, this is a special call to action for us to step in and help before these species are endangered.”