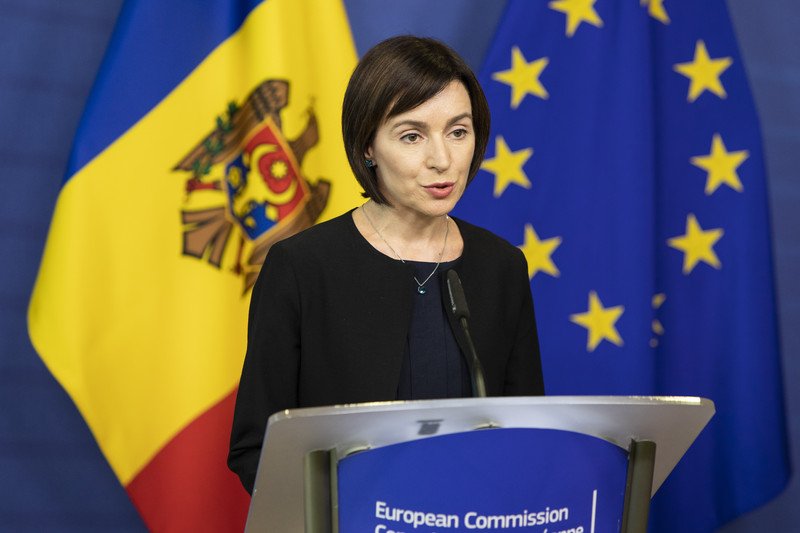 From Russia’s perspective, former Moldovan President Igor Dodon and his Socialist Party are serial losers and lapsed assets after their last defeat in the July 11 parliamentary elections. Western President Maia Sandu and her Action and Solidarity Party (PAS), winners of two crushing elections in a row, now hold all of the state’s power. Russia has no choice but to deal with the new incumbents, and it has cautiously signaled this intention (see EDM, July 13, 15).

Sandu and PAS actually encouraged Russia to try to work with them. As opposition forces, their electoral campaigns (presidential in November 2020, parliamentary in June-July 2021) have systematically avoided criticizing Russia for any reason whatsoever: whether ideological, historical or geopolitical. Although they are firmly oriented towards the West in terms of Moldova’s development model, Sandu and PAS have never presented the elections in Moldova as reflecting a geopolitical rivalry between Russia and the West over Moldova, nor as a struggle of democracy promoted by the West against the Russian-inspired autocracy. While forging a Moldovan path to Europe, Sandu and PAS have never added a corollary “far from Russia”. As Romanian-speaking politicians and candidates, Sandu and PAS have never raised questions of national and cultural identity (Romanianism versus Moldovan, mother tongue versus Russian language, differences in historical memory) which would have offended “Russian speakers”. and many other Moldovan voters. (see EDM, November 17, 18, 2020 and July 9, 2021).

These strategies marked a sharp break with Moldova’s deeply divisive politics over the past 30 years, made the Sandu and PAS electoral landslides possible, and further reduced Russia’s already weak motivation to help the bloc. socialist-communist in these elections. The West-facing winners further signaled to Russia that it might be worthwhile for her to attempt to work with the new Moldovan authorities.

Moldova’s own vulnerabilities vis-a-vis Russia has demanded this cautious approach and will have to be taken into account again in the next electoral cycle. Anti-Russian messages have turned out to be a recipe for losing the elections in that country. Russia’s seizure of Transnistria, the embargoes on Moldovan exports or the ongoing aggression against Ukraine’s neighboring Moldova did not generate a noticeable reaction among Moldovan voters. Russian resentment over current or historical grievances is rare. An overwhelming majority of Moldovans seem to find it normal to belong to the Moscow Patriarchate of the Russian Orthodox Church quietly. Russian President Vladimir Putin enjoys high popularity ratings in Moldova, in part due to the influence of Kremlin-controlled television stations in the country. Even after the recent elections, pro-Russian parties still control a third of the Moldovan parliament. These vulnerabilities are specific to Moldova among the countries of Eastern Europe (and would be unthinkable today in Ukraine, Georgia or Azerbaijan). Russia did not use these instruments to affect the recent elections in Moldova (see above), but it might choose to do so next time around.

At the same time, Moldovan society does not display the clear “polarization” that is commonly attributed to it. Voters in favor of the European orientation are generally not anti-Russian and want Moldova to have “normal” relations with Russia. Conversely, most Russophile voters are not inherently anti-Western or necessarily opposed to the European Union. The overall balance is gradually tilting towards the European choice. The composite picture is not of a bipolar division of society but rather of overlapping constituencies along a continuum, as illustrated by opinion polls from the Public Policy Institute (IPP) and others. pre-election opinion polls (IPN, May 4; Ziarul National, July 1, 5).

Sandu and PAS have captured the broad center of this continuum in recent electoral landslides. This gives them the national political basis necessary to reframe Moldova’s policy towards Russia. From 2016 to 2020 and even until 2021, Dodon had monopolized Moldova’s relations with Russia in his dual role as head of state and leader of the main pro-Russian party. From now on, President Sandu and the new government will correctly resume Moldova’s policy towards Russia.

While Russia’s interests in Moldova are limited and its objectives comparatively “moderate” (cf. part one in EDM, July 15), Moldova’s interests in Russia remain important pending economic recovery in Moldova and probably in the future. -of the. President Sandu has repeatedly enumerated these interests in recent election campaigns, implicitly reassuring Russian-friendly voters that she and the PAS would not disrupt relations with Russia.

Moldova’s interests include: the pursuit of the annual renewal without disruption of the gas supply contract with Gazprom (whose monopoly seems unable to shake Moldova, despite hopes); reopen the access of Moldovan agricultural products to the Russian market, practically blocked since March (Chisinau is seeking a normal trade agreement, instead of the preferential treatment that Russia granted until recently to certain preferred Moldovan companies); and an intergovernmental agreement on the status and pension rights of Moldovan migrant workers in Russia. These economic interests are not without internal political implications in Moldova. Voters (regardless of “geopolitical” preferences) expect the president and government to resolve these issues with Russia, and the results will matter in the next election. If successful, the national political gain would go to PAS, instead of Dodon and his socialists.

President Sandu has publicly signaled that she is ready to visit Russia after the necessary preparations. Sandu had considered such a visit during his brief tenure as Prime Minister in June-November 2019; and his then foreign minister, Nicu Popescu, traveled to Moscow with his Russian counterpart, Sergey Lavrov, in preparation for a possible visit by Sandu. This process is expected to resume once the new Moldovan government takes office. Sandu and those around him describe the type of relationship they seek with Russia as “correct, predictable, mutually respectful”. They do not use the term “normal” (normalization), apparently acknowledging that this would be unrealistic with Russia.

Under the new authorities, Moldova will not “balance” between the West and Russia, will not practice “equidistance”, will not pursue a “multivector” policy and will not seek to become a “bridge” between the West and Russia. West and Russia. Moldovan leaders will unequivocally be oriented towards the West. It defines this as the adoption of European models and standards in governance, justice and law enforcement, public administration, education and national resilience, with the advice of European institutions and the economic aid from the countries of the European Union. Aspirations at this stage are not “geopolitical”, with the exception of national resilience.

Russian policy in Chisinau will soon be faced with difficult choices: to adhere to the EU’s sanctions against Russia and Belarus, to demonstrate its unity with Ukraine on the Donbass (linking the conflicts in Donbass and Transnistria) and to join to the Ukrainian platform of Crimea or improve Information security and resilience of Moldova by restricting reception of Kremlin-controlled TV channels in Moldova. These questions have not yet been answered.

President Sandu and the PAS seem to have put aside the Transdniestrian issue in recent election campaigns and are probably considering how to move forward on this issue. They seem to realize that a resolution compatible with the interests of Moldova is impossible without the consolidation of Moldova as a viable state. The current challenge is to stop the process of “small steps” of the de-sovereignty of Moldova in Transnistria.