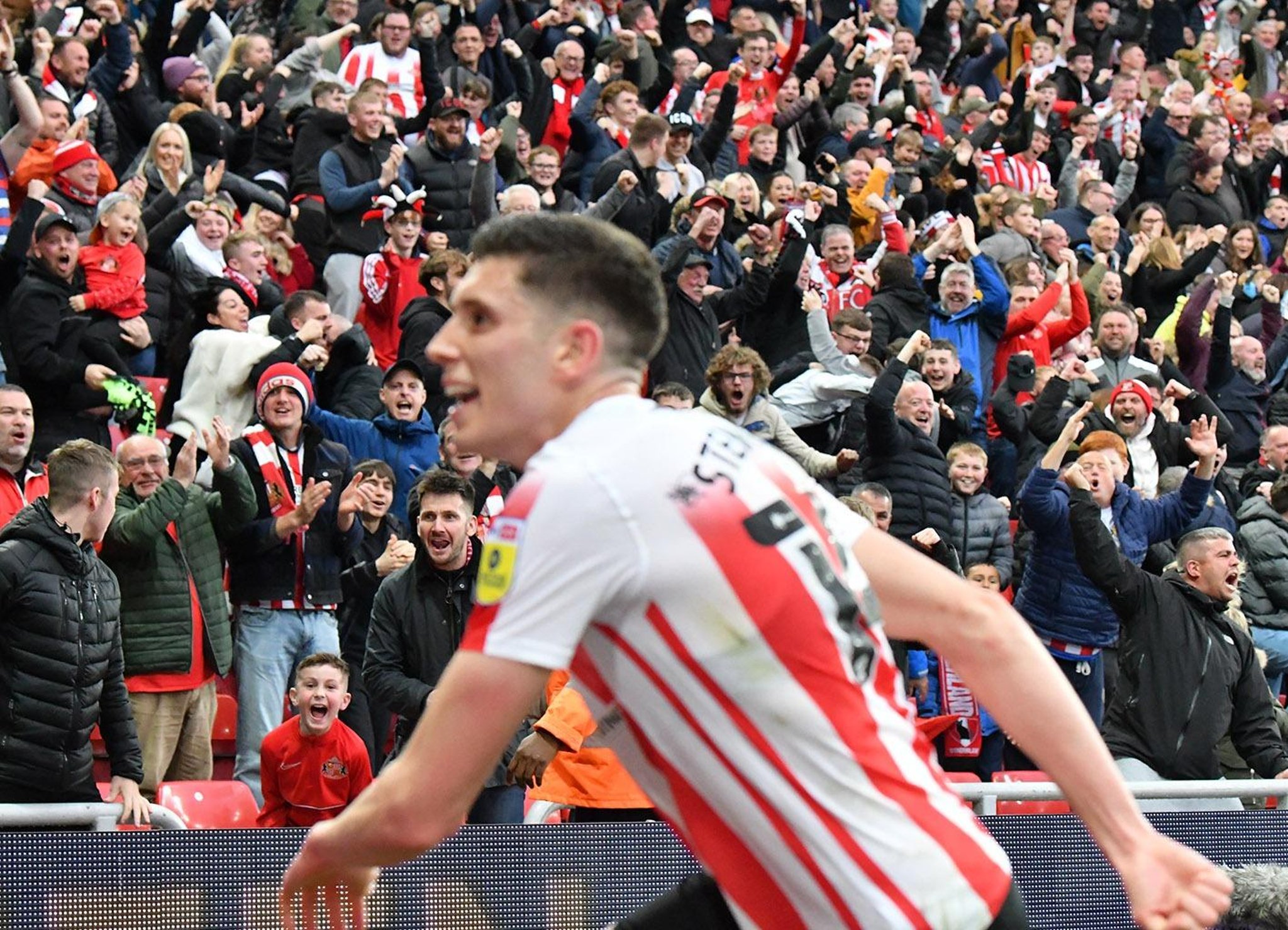 Phil Smith’s verdict: Inside a special and memorable night for Sunderland, even if the play-off tie is at stake

Register to our Sunderland AFC newsletter

It’s something Alex Neil has spoken out against so far in his tenure at Wearside, always withering when told it’s not a League One club. ‘The simple fact is that we are ‘He will say.

It’s been one of the biggest hits so far, getting full buy-in to his unique mantra for the next game.

And yet there are also times when your story is a power, a reminder of who you are and what you can be. This one, one of those nights, an atmosphere reminiscent of the days when the best teams withered in the face of the fervor of Wearside.

Register to our Sunderland AFC newsletter

More importantly, it was an atmosphere that pushed the present forward.

There were flags, there were mosaics, there was a cheerful rendition of the returning “Ready to Go”. There was pride, there was passion. It was Wearside; the night Sunderland returned to the future.

Neil had called on the club, inside and outside, to forget all that grief over the play-offs for now. There is nothing to be done by dwelling on this negativity, he had said. It’s a good team that will show up and give their all.

They did, and the 44,472 responded in kind. It was a marvel in itself: the biggest crowd outside the Premier League this season and the biggest in Football League play-off history.

Ross Stewart celebrates his goal at the Stadium of Light

In the context of this season, all of that could still count for nothing.

After all, the advantage is extremely slim and given their outstanding home record, Sheffield Wednesday will not only feel they are well within this tie, but in fact not that far off from where they need to be.

Sunderland were good here, they will need to be even better to have another chance of succeeding at Wembley.

If there was one disappointment for Neil, it was that his team hadn’t taken an even bigger lead since a night when, all over the pitch, they withstood the pressure.

For a while in the second half, Darren Moore’s side were on the ropes and it looked like the Black Cats were about to take off.

In a wave of frantic attacks, Alex Pritchard hit the crossbar with an effort that largely beat Bailey Peacock-Farrell. Dennis Cirkin headed just over the bar, Patrick Roberts nearly scored the goal of the season before his effort was deflected wide wide.

The goal just never came, Wednesday able to ride the wave and find his place.

Although Ross Stewart almost jumped on more indecision to add a second just before stoppage time, it was Moore’s team who finished stronger.

Alarmed by what he was looking at, the Owls boss shifted his form and managed to transport his players to areas where they could cause trouble.

Barry Bannan, a spectator in the first hour, would suddenly appear here and there, moving him with rhythm and precision. Substitute Josh Windass had brought more running power and physicality to the front line and suddenly you felt there were tired legs everywhere you looked in the Sunderland ranks.

Perhaps it was just a reminder of how close these two teams have come this season, and will continue to be right until the final whistle of this tie.

As Bailey Wright and Danny Batth (both very impressive again) led cross after cross in the final ten minutes, there was a Monday night vision to make you wince a little.

Moore dismissed the idea that his side had been too conservative in the first half, as Sunderland dominated territory and possession without creating too many notable chances.

The Owls didn’t press Sunderland’s back line, but Moore was quick to credit his opponent for not giving him a way into the game.

Neil had created a surprise by moving away from a back three, pushing Jack Clarke and Patrick Roberts down the field. He wanted Wednesday to worry about being too aggressive, aware of the attacking quality he would leave behind.

It worked well, with Lynden Gooch protecting the balance of the team both in his ability to chase the ball and recover quickly in Wednesday’s rare moments in space.

Both teams tweaked and tweaked again, with the end result being a slim and fair advantage for Neil’s team.

Sunderland know the energy and power generated here will be there again on Monday, but this time it will be up to them to contain, frustrate and find a way to play in the eye of the storm.

They have shown under Neil that they can withstand that pressure, their long unbeaten run showing they will have organization and resilience about them.

If that will be enough, only time will tell. This tie remains too close to be called.

For a moment, though, you can forgive a city for taking a moment to step back and put all that aside. Delight to have this feel again, hear and share that roar.

“How lucky am I to be the only guy standing off the pitch when this is happening around me,” Neil asked afterwards.

“If you have 45,000 other people out there cheering on the guys and desperate for them to succeed, I feel really, really privileged.

There is the guts of something good brewing here, life in this proud old club still.

The chicken or the egg? Setting up a successful SOC happens before hiring

How to get a stronger core