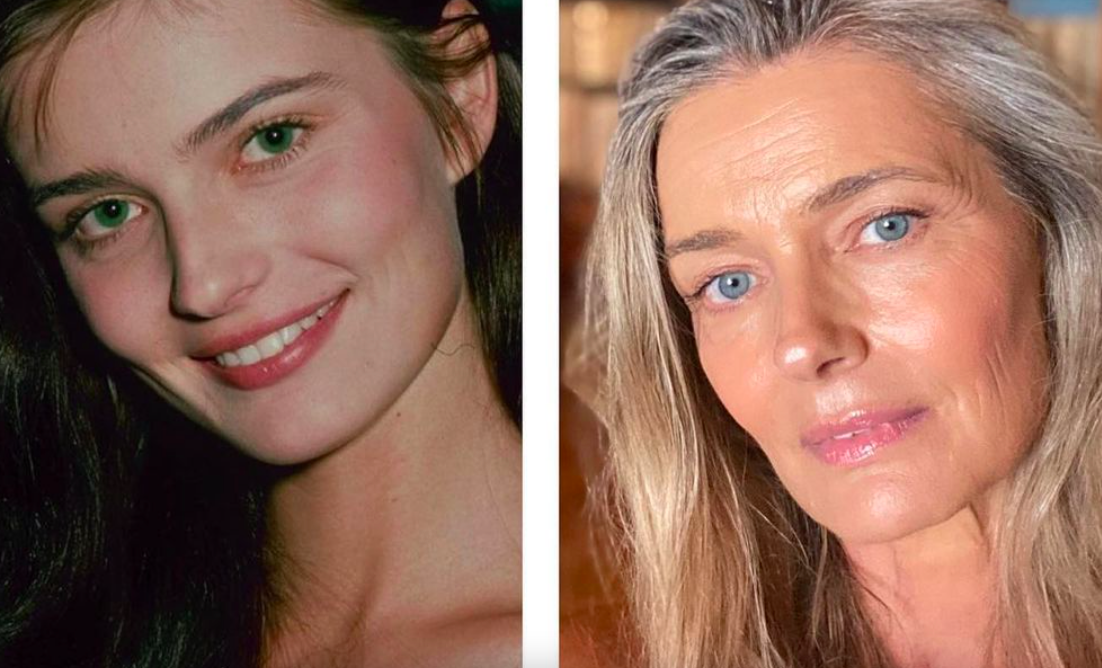 Paulina Porizkova writes a message about the beauty of aging

On Tuesday, the 57-year-old model took to Instagram to share two side-by-side photos – one of herself younger and the other from a recent “no filter” selfie. She linked the snaps to a caption responding to a fan who inquired about her physical beauty.

“I miss the attention,” Porizkova wrote, adding that due to societal beauty standards, aging “is not easy to accept.”

The mother-of-two went on to explain that as a model her life revolved around portraying “the physically perfect woman”, but it was impossible to “measure yourself up” and compare yourself to your peers.

“That’s probably when I felt the worst about myself,” Porizkova explained. “Walking into a room and taking everyone’s breath away? Rather, walking into a room knowing that some people are whispering that you’re not that hot up close or in real life, that She’s got a better body, that Christie has better teeth, that Cindy has a sexier mouth.”

“And now, when I finally appreciate what I have been given, it is in the opinion of society that I lose my beauty”, she underlined, before adding: “My God , I feel in my prime now!”

The model ended her caption with some thoughts on finding “balance.”

“The combination of my learning, my maturing and my wrinkles, combined with my appearance, I think it’s the best balance I’ve ever had. So sorry to anyone who can’t see it and thinks that youth is necessary for beauty,” she concluded.

Porizkova’s post was applauded for her comments on ageism.

“Love that feeling! Perfectly said,” a fan added. “Nothing is more beautiful than a confident, self-respecting human. Well done for finding that!”

“It’s really sad that as a society we have come to accept harsh judgment of women as a social norm. Great messaging and honesty will hopefully open some minds to their own behavior,” another wrote. .

Another follower shared, “I respectfully disagree with the company. Your beauty (inner and out) is timeless.”

In the post’s caption, which featured a photo of her leaning her head on her hand against a red background, Porizkova became aware of the social expectations of women as they age.

“For the record, I’ve had laser treatments. And the plasma pen. I’d like to find a balance between being proud to look my age and feeling pretty sometimes…”, he said. -she writes. “But telling a woman what she ‘must’ do herself to be considered attractive, whether it’s hair color, makeup, skin creams or clothes – or the more invasive options – shames her.”

“Find what you think is beautiful in your friends and get it noticed. The best way to support each other is to celebrate what’s already there,” she concluded.

Guess what, women can vote! Is this why even diehard anti-abortion Republicans are backtracking? | Arwa Mahdawi

Is Gunner Talkington the next QB for the Eastern Washington Stallions? – Skyline Sports