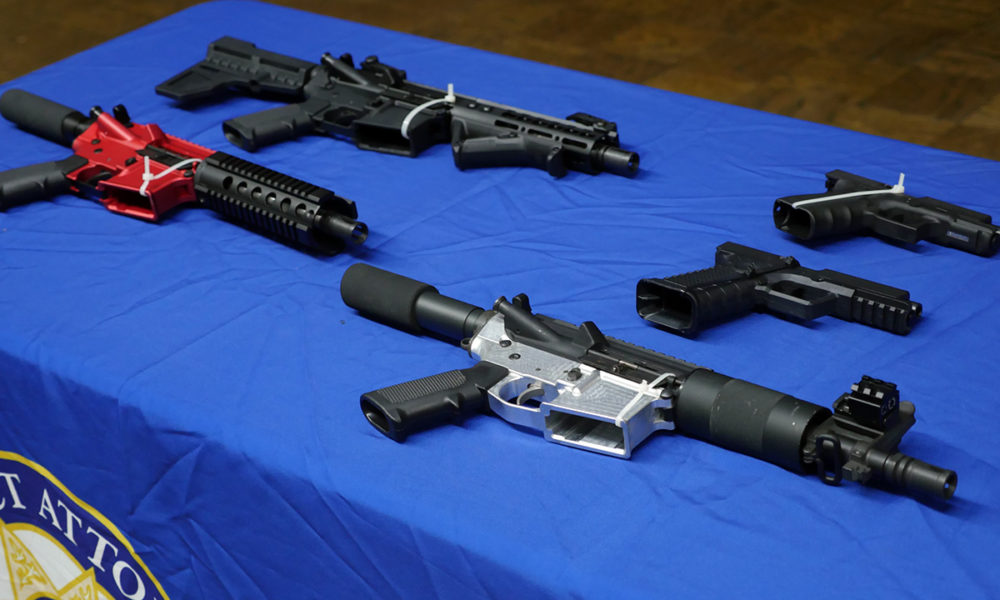 Senate Bill 1327 has to be one of the strangest pieces of legislation ever passed by the California Legislature and signed into law.

Dreamed up by Governor Gavin Newsom and inspired by an anti-abortion law signed into law a year ago in Texas, the measure he signed last week would, at least on paper, subject manufacturers of illegal firearms to significant civil damages.

Texas law allows private citizens to sue a provider, patient, or anyone involved in an abortion before six weeks gestation. The new California law would penalize private lawsuits against gun manufacturers for selling what California defines as “assault weapons,” plus “ghost weapons” that are assembled from parts without serial numbers.

“Texas and [Gov.] Greg Abbott and their Republican leaders, if they use this framework to put women’s lives at risk, we’re going to use it to save people’s lives here in the state of California,” Newsom said.

In that sense, SB 1327 is just a political stunt, part of Newsom’s very obvious campaign to elevate his national political standing by loading potshots into Texas and Florida and their Republican governors, rather than elaborate serious policies.

The conclusion that SB 1327 is merely a publicity stunt is reinforced by the details of the legislation itself.

Second, there is very little chance of a successful trial. The firearms specifically targeted by the legislation are already illegal under California law, and the major gunmakers that Newsom says would be punished are working hard not to sell the banned products.

Makers of black-market “ghost guns” could be prosecuted – but only if they could be found, and even if they were identified, they probably wouldn’t be wealthy enough to attract the attention of a paid lawyer.

Various elements of the bill attempt to prevent anyone being sued from mounting a defense, including a passage that would require damages — at least $10,000 per gun — to be awarded even if a judge declares the law invalid. . And if the prosecution provisions of SB 1327 are declared unconstitutional, the measure would replace civil penalties instead.

The bill is so blatantly drafted as a political gesture that the American Civil Liberties Union opposed it for using the “flawed logic” of Texas law.

“We believe it is a serious mistake to further entrench this flawed logic,” the organization said when the bill was in the legislative process. “By doing so, California will promote a legal end of the race that can be used by any state to deprive people of an effective means to have their constitutional rights protected by the courts. It will continue to be replicated in states across the country — and with California’s approval.

Gun control is a serious subject involving a specific right to bear arms in the Constitution, a right the Supreme Court recently strengthened in a way Newsom doesn’t like. This deserves thoughtful political discourse, not interstate political one-upmanship.

Dan Walters has been a journalist for nearly 60 years, spending most of those years working for California newspapers. He began his professional career in 1960, at age 16, at the Humboldt Times. For more Walters chronicles, go to calmmatters.org/comment.