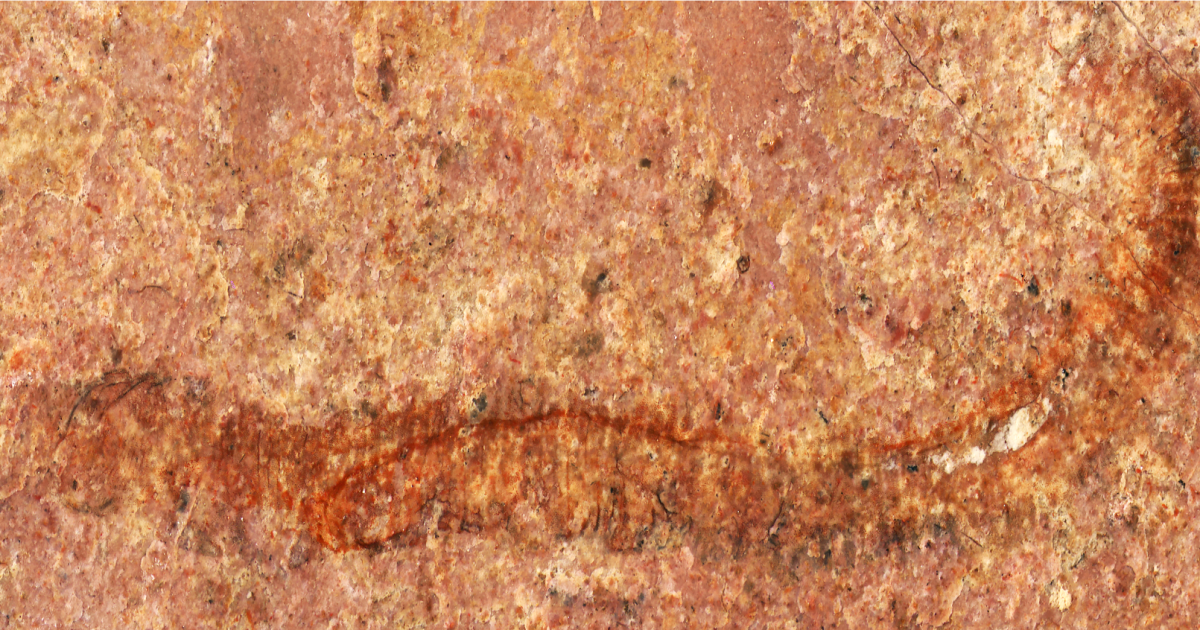 Researchers in Missouri have identified a new type of prehistoric worm that lived on the ocean floor around 500 million years ago, capturing prey with its spear-shaped mouthparts.

The now extinct worms, known as Paleoscolecids, were small and skinny – some only about as thick as a nickel. Although common in other parts of the world, notably China and Australia, paleoscolecid fossils are rarely found in North America.

Several boxes of these ancient worm fossils had been hidden in a metal cabinet in the University of Kansas’ paleontology collection for nearly 30 years, until a pair of students decided to take a closer look. Using very powerful microscopes, the research team discovered that the fossil specimens belonged to a whole new scientific group.

The Paleoscolecids were covered with hundreds of microscopic disc-shaped plaques, like miniature armor. The key to identifying fossilized worms lies in these plaques, which come in different sizes, shapes, and patterns.

But the problem, says Wade Leibach, a University of Missouri graduate student and co-author of the study, is that the fossils are often found in tiny fragments.

When the worms died millions of years ago, “the soft tissues that held these plaques together often broke down and the plaques sort of scattered in the water,” said Leibach, who started the study as an undergraduate student at the University of Kansas. .

Years earlier, a collector had donated to the university’s paleontology collection several rare and complete paleoscolecid fossils he had found in western Utah. The prehistoric worms were embedded in the burnished red rock, clearly demarcated, but impossible to identify with the naked eye.

So Leibach and study co-author Anna Whitaker, a graduate student at the University of Kansas at the time, turned to a technology known as scanning electron microscopy.

“We essentially project electrons onto the surface of these fossils, which interact with atoms on the surface and bounce back,” said Whitaker, now a PhD. student at the University of Toronto Mississauga. “This allows us to get a very clear picture of the surface of the fossil itself.”

The black and white photos showed a lunar landscape of bumps and craters in the microscopic plaques of worms – and revealed that two of the specimens were a previously unknown species.

“I’ll be honest, it’s always pretty exciting to name something new,” said Leibach, who dubbed him. Arrakiscolex aasei, after the fictional planet from the novel “Dune” which is inhabited by huge armored worms.

The discovery helps fill another gap in our knowledge of these ancient creatures, but there is still so much we don’t know about them, Whitaker said. On the one hand, it is not known why paleoscolecid fossils are rare in North America.

“Why don’t we have a lot of specimens? Whitaker said. “Is it because they weren’t super abundant?” Is it because of the competition with other worms or animals that filled these niches? Or are we just not looking for paleoscolecids? “

Whitaker suspects there may be more fossils in museum collections that are new species, waiting to be identified and cataloged – an area of ​​research she hopes to someday undertake.

“They are fascinating,” she says. “Everyone should definitely be fighting for these little worm fossils, instead of dinosaurs.”

Some Shark Species Are More Resilient Than Others When It Comes To Surviving Catch And Release: A Study Conducted By The New England Aquarium