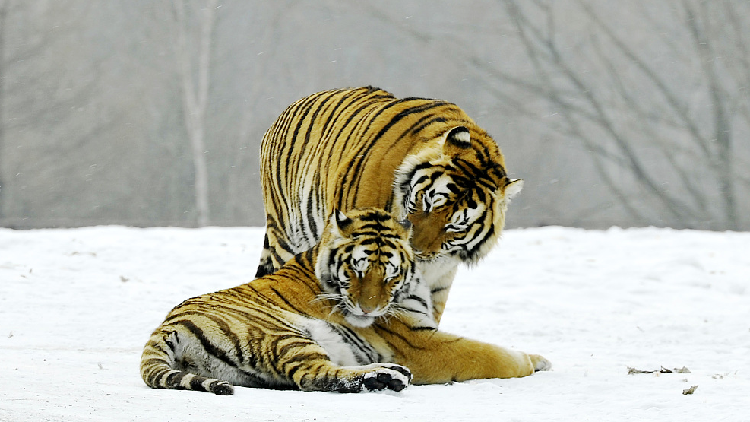 The great efforts invested in conservation have borne fruit as some endangered species have seen their populations increase steadily.

The crested ibis, an endangered bird nicknamed the “Eastern Jewel” once considered extinct, has thrived and thrived in China, with a population that has rebounded to 7,000 globally, thanks to constant and persistent conservation efforts from the country.

The Red List of the International Union for the Conservation of Nature declared the crested ibis as “critically endangered” due to its extremely low population in the 1980s.

The species has experienced a sharp decline in population due to human activities such as urbanization and pollution.

In 1981, Yangxian County in northwest China’s Shaanxi reported seven wild crested ibis, the only wild population spotted in the world.

The local forestry office has set up a task force of four environmentalists to save endangered species. They installed guards to protect the birds from predators such as snakes and also built suitable habitat for them in the county.

As the birds mainly live in the Qinling Mountains in Shaanxi, the province has built several nature reserves in Qinling since 1965.

Since 1999, commercial logging has been banned in the region and an environmental protection regulation dedicated to the region was issued in 2007.

Besides strengthening protection methods, Shaanxi has also attempted artificial breeding since the 1990s. The province currently has two breeding bases, five rescue centers and eight training centers to facilitate the return of birds to the wild. . In addition, the crested ibis nature reserve in the province is now under state protection.

As for the Siberian tiger, with the establishment of the Siberian Tiger and Leopard National Park in northeast China, the animal’s population has grown steadily.

Since the layout of this national park in 2017, forests and vegetation have been well protected. This has guaranteed sufficient food for different herbivores, which in turn will fall prey to all kinds of carnivores, such as tigers.

In this way, a strong food chain was created in the habitat with Siberian tigers and Amur leopards at the top.