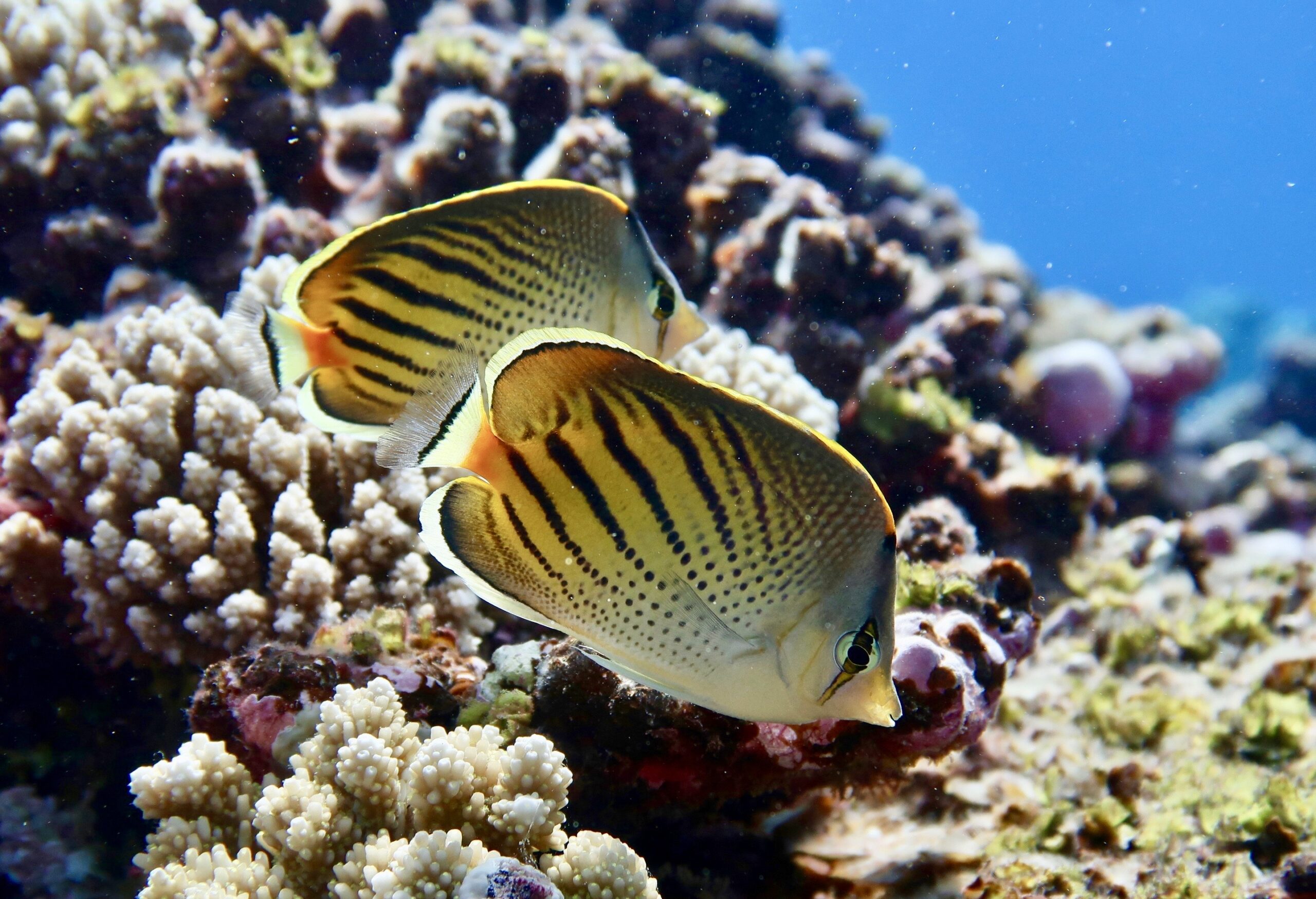 AUSTIN, Texas – Coral reefs around the world, already threatened by rising temperatures caused by climate change, also face serious challenges related to the possibility of fish species extinction. According to an article published today in the Proceedings of the National Academy of Sciences, the networks of predatory fish and their prey found on coral reefs around the world are remarkably similar, and these predatory fish are more picky eaters than previously thought. These delicate ecosystems become even more vulnerable when these specialized hunters disappear.

Coral reefs are among the most diverse ecosystems on the planet, providing critical habitat for thousands of species that support economies and provide food and livelihoods for millions of people. In the largest and most comprehensive study of its kind, researchers from France and the University of Texas at Austin concluded that coral reef food webs are more delicate than previously thought. The researchers came to this conclusion after synthesizing the stomach contents of most species of fish found in six coral reef systems around the world.

The team found that the vast majority of reef fish species are very picky about what they eat, rather than opportunistically feeding on anything they might find. While reefs will likely resist the loss of multiple prey species, the loss of a single larger fish species can put the ecosystem at risk.

“It is remarkable that we are seeing similar patterns in coral reef systems around the world. Extinctions, especially of larger fish species, can have significant impacts on coral reef systems, ”said Jordan Casey, assistant professor of marine science at UT Austin Institute of Marine Sciences (UTMSI) and author of the article.

Many conditions can result in the local loss of fish species, such as climate change, commercial fishing, and pollution. Such declines in fish can leave an increasing number of prey uneaten, creating imbalances in the food web. “Reefs rely on the efficient use of all creatures,” said Simon Brandl, also author and assistant professor at UTMSI. “If a fish specializes in eating a certain type of snail and that fish disappears, the snail might not be eaten and live happily ever after. This creates a dead end for the food it could provide for other coral reef creatures. Good news for the snail. Bad news for everyone else who lives there.

The study looked at the eating habits of more than 600 species found on six different coral reefs near Okinawa, Hawaii, the West Indies, New Caledonia, Madagascar and the Marshall Islands. Despite regional differences, food webs had a surprisingly similar structure: 67% of species were specialist eaters with strong preferences for specific prey, despite the great diversity of food available on coral reefs.

“Coral reefs are important to humans for a number of reasons,” Casey said. “They are an essential source of food for many people. They are also popular tourist destinations and economic engines for a number of countries. However, coral reefs can only provide these key ecosystem services if food webs remain intact. “

Petition: ask the OFS to dedicate its commitment to protecting endangered species