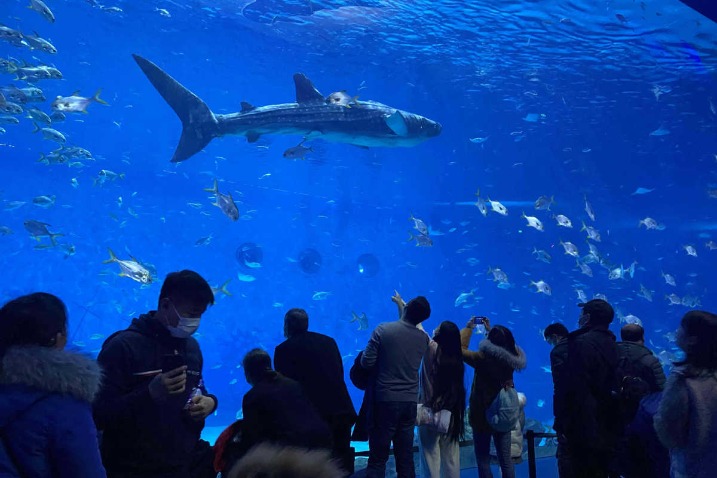 Last month, a video showing a livestreamer cooking a 2-meter-long shark went viral on social media sites. Some pointed out that what she was cooking looked like a great white shark, a protected species.

The streamer said she legally purchased the “farmed shark”, but several aquatic life experts pointed out that it looked like a great white shark found on the high seas, not a shark that can to be raised on a farm. Soon, police in Nanchong, Sichuan province confirmed that the shark was indeed a protected species and arrested the streamer.

Some have tried to defend her saying that she might not know what she was eating, but not knowing the law is not an effective excuse for committing crimes.

In 2021, another greedy livestreamer was arrested for eating a newt, a kind of protected freshwater snail. Previously, ostriches, crocodiles and giant salamanders have all appeared on live videos before the law caught up with those consuming these protected species.

However, there are questions that need to be asked. How did the streamer get the shark? Who captured the animal, opened a shop to sell it, and shipped it to Sichuan?

For every great white shark that lands on a livestreamer’s dining table, there’s an entire underground network of criminals that needs to be stopped.

Tracking them down will require not only the efforts of the police, but also of the public, such as those watching live broadcasts. It was because someone in the public gave the alert that the experts and the police became aware of the case. Increased cooperation of this type will ensure better protection of protected species.