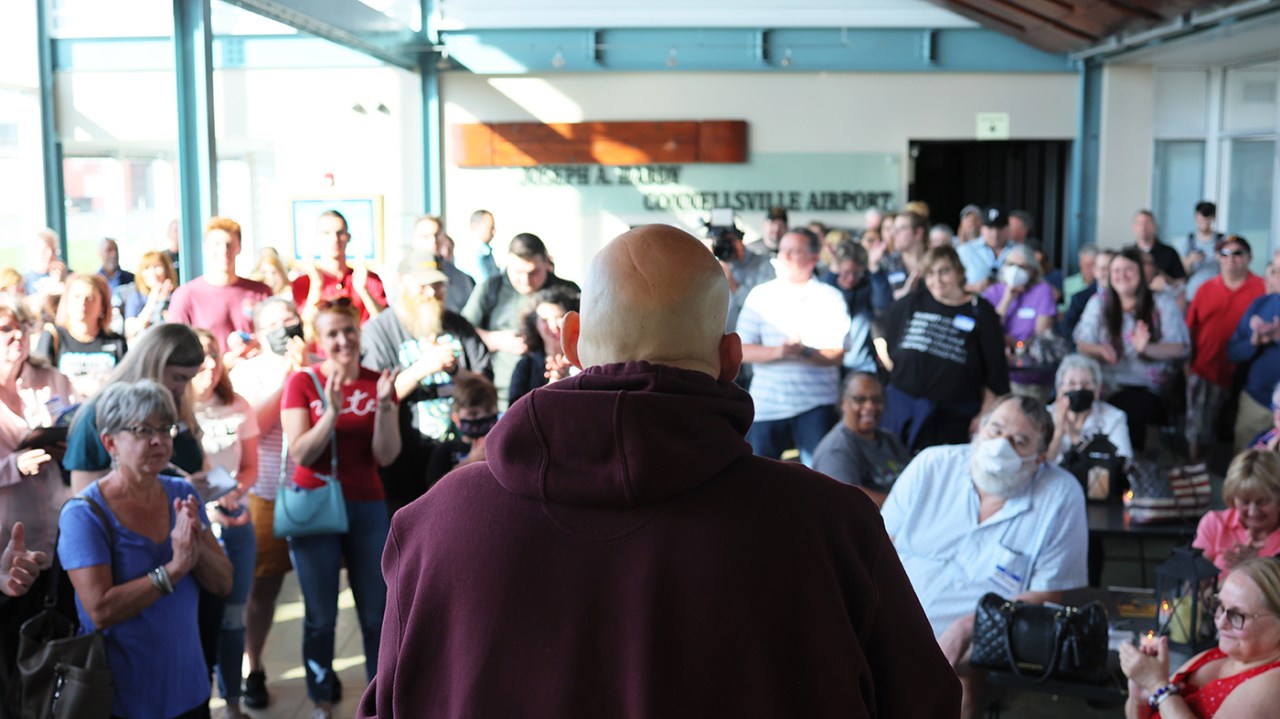 Welcome to The Hill’s campaign report, which tracks everything related to the 2022 midterm elections. You can expect to receive this newsletter in your inbox every Tuesday and Thursday before the November elections.

Did someone forward this newsletter to you? Subscribe here.

Democratic Senate candidate John Fetterman is making headlines again ahead of President Biden’s visit to Pennsylvania this week, calling on the president to move toward decriminalizing marijuana.

“It’s high time we finally decriminalized marijuana,” Fetterman said in a statement. “The president needs to use his executive authority to start deprogramming marijuana, I’d like to see him do that before he visits Pittsburgh. It’s just common sense and Pennsylvanians overwhelmingly support the decriminalization of marijuana.

Get in the weeds: Fetterman’s campaign said the Democratic Senate candidate will speak with the president about decriminalizing marijuana during his stop in Pittsburgh on Labor Day. Asked about Fetterman’s comments during Monday’s White House press briefing, press secretary Karine Jean-Pierre said the administration had nothing to announce regarding executive action on the decriminalization of marijuana.

The development comes as Biden prepares to hit the road in Pennsylvania in what is widely seen as some sort of campaign trip ahead of the midterm elections.

High drama in Pennsylvania: On Tuesday, Biden will deliver a speech in Wilkes Barre, Pennsylvania, where he will explain how his administration plans to tackle rising crime. Then on Thursday, Biden will deliver a prime-time speech from Philadelphia where he is set to warn that Americans’ rights and freedoms are “under attack.” And then on Labor Day, Biden will make two separate stops in Pittsburgh and Milwaukee, Wisconsin. Fetterman and Democratic gubernatorial candidate Josh Shapiro are expected to join the president in Pittsburgh on Monday.

The visits come as the Pennsylvania Senate race in particular has made national headlines as Fetterman leads various polls and Republican candidate and former celebrity doctor Mehmet Oz appears to stumble. Julia Manchester from The Hill writes about how the Oz campaign is trying to go on the offensive in a bid to turn the tide.

The endorsements come as Republican gubernatorial candidate Doug Mastriano has been the subject of negative headlines, most recently over a 2014 reshoot of him posing in a Confederate Army uniform.

The GOP controls the damage on abortion

It’s been about two months since the Supreme Court issued its consecutive decision to overturn Roe v. Wade. While many Republicans hailed the decision as what they rightly saw as handing over those decisions to the states, the landscape has since turned bittersweet for Republicans.

That’s because there have been signs that the abortion issue has galvanized voters, including Democrats and abortion rights advocates. In Kansas, voters in the red state rejected a ballot measure that would have given the state legislature more power to regulate medical procedure in the state.

New York victory thrills Democrats: A special election in New York’s 19th congressional district saw a Democrat, Pat Ryan, win after focusing his campaign on abortion while his Republican counterpart, Marc Molinaro, focused on the economy. Three other special elections, which favored Republicans, saw Democrats lose by single digits, another possible sign of how galvanized Democrats are on the issue.

“I think the concept that for decades, you know, a Supreme Court fight energized the conservative base because they wanted to overthrow Roe, didn’t it?” Republican strategist Barrett Marson, who previously worked on the campaign of Arizona Republican Senate candidate Blake Masters, told Caroline Vakil.

“I think you’re going to see a turnaround on this, that the liberal base will be more excited about this issue because they’ve taken it away from them.”

Clean aisle 3: Now, Republicans are scrambling to polish their message amid the shifting political landscape with candidates tweaking, eliminating or clarifying their views on abortion. NBC News reported that Arizona Senate candidate Blake Masters (R) cleaned up his abortion website while Minnesota gubernatorial candidate Scott Jensen posted a video last month clarifying his point of view on the medical procedure.

The test will be one where voters take Republicans at their word or choose to vote with Democrats. GOP strategist Doug Heye told Caroline that he doesn’t think Republican candidates’ shifts in stance on abortion will hurt their standing among voters, but he also said abortion isn’t a also not what Republicans should be talking about.

With New Hampshire’s GOP Senate primary just two weeks away, retired Army Gen. Don Bolduc leads by a wider margin among his Republican opponents, according to the Center for Inquiry’s Granite State Poll. from the University of New Hampshire. The poll shows Bolduc has the highest percentage of support among likely Republican primary voters in the state at 43%, followed by New Hampshire State Senate President Chuck Morse in second place at 22%.

While President Biden has enjoyed some gains in his approval rating recently, a majority of Democratic voters still don’t think he should run for office in 2024, according to a USA-Ipsos poll. Among Democratic voters polled, 56% said they would not favor a bid for Biden’s re-election, although 60% polled also said they felt that, if Biden ran, he could win in 2024. .

The House Republicans campaign arm came out today with two ads targeting Rep. Elissa Slotkin (D-Mich.), considered one of the most vulnerable Democrats up for reelection, for her support of the reduction in inflation and for its use of COVID-19 relief funds. Fetterman’s campaign has ended with a new ad highlighting his crime-fighting record as mayor of Braddock, Pennsylvania. The ad’s release comes hours before Biden’s speech on crime in Wilkes-Barre, Pennsylvania on Tuesday.

That’s all for today. Thanks for reading and check out The Hill’s campaign page for the latest news and coverage. On Thursday.

Paulina Porizkova writes a message about the beauty of aging

Is Gunner Talkington the next QB for the Eastern Washington Stallions? – Skyline Sports