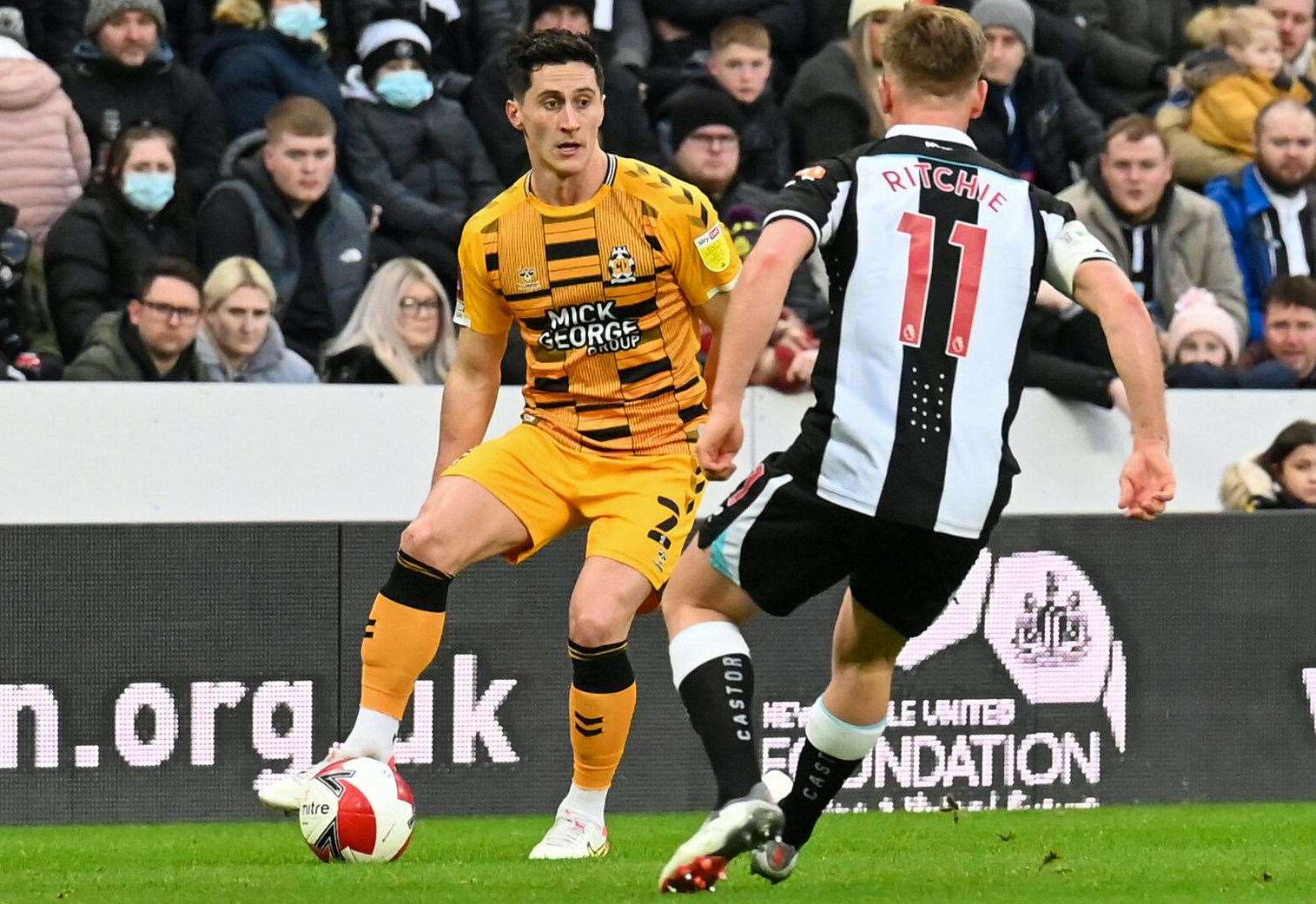 The fit right-back did not win the Papa John’s Trophy against Portsmouth midweek and while it could be assumed he had rested, it was a precautionary measure.

“He was just sick. It was late in fact, which is why we ended up with six [substitutes] Otherwise we would have had some of the younger ones on the bench, ”United head coach Mark Bonner said.

“Kai (Yearn) and Glen (McConnell), for example, played for the youth team on Tuesday at noon, and we got the call from George right after that, or when they were halfway through it. So there was nothing we could do. this.

“He probably could have come in and been a part of the squad, but you don’t want to risk that during that time.

“We will see how he is today. I haven’t caught up with Mikey (Burroughs, the chief of medicine) yet at all, so as soon as we know where we stand with him, we hope to bring him back.

“As far as everyone is concerned, everyone who has played in the game has done well.”

Jensen Weir is expected to stay on the sidelines with an injury.

“We’re hoping Jensen won’t be too long, and it can be a pretty quick turnaround,” Bonner said.

“In fact, his knee settled down pretty quickly. It was not going well last week but it did not go badly.

“I hope we can get him back to the training ground as soon as possible.”

“He had a CT scan on his knee so we’re just waiting to see how that sets in,” Bonner said. “It will probably be in a few weeks, so we’ll see how it goes.

“But obviously we got Will Mannion back, so we’re OK in that position. Will is tied for the FA Cup, which creates a problem there. “

“Greg is back to training with the players in terms of ballwork practices and things,” Bonner said.

“He’s not yet in opposite sessions, but he’s starting to gain momentum.

“Lloydy is running around and Shilow, we hope to get out on the grass tomorrow if all goes well. It’s a bit slow process with those, but we’re starting to see some light at the end of the tunnel.