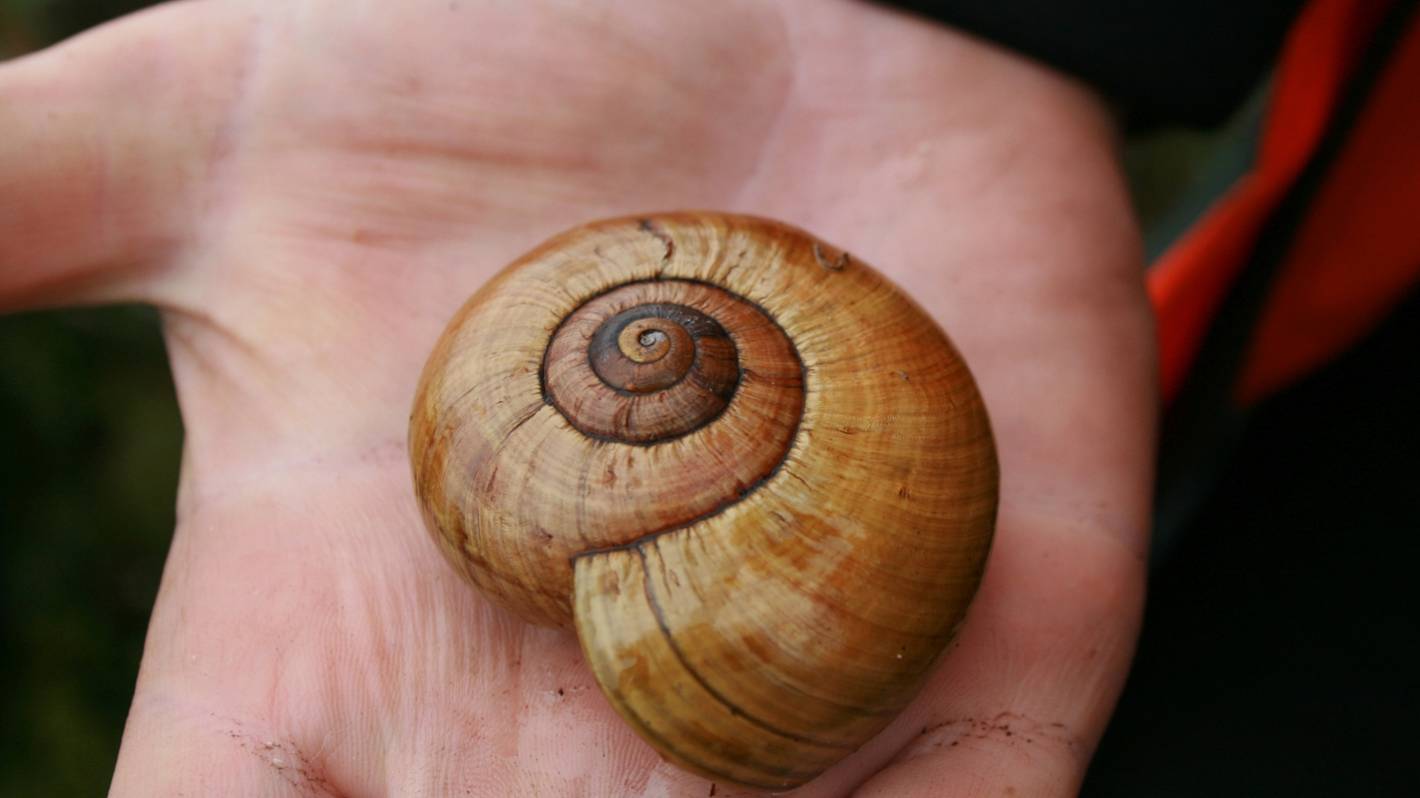 Empty mollusc shells hold evolutionary history, even for extinct species – now we can decode it

Many New Zealand giant land snails are critically endangered, including Powelliphanta hochstetteri from the top of the South Island.

ANALYSIS: Most people picked up seashells on the beach. Some have even started collecting seashells. But few people realize that these shells are a unique genetic resource that scientists are only just beginning to exploit.

For more than a decade, it has been possible to extract and sequence Ancient DNA of empty mollusk shells until tens of thousands of years.

However, these techniques have so far proven to be very expensive and unreliable.

Our new international research represents a major step forward in doing this consistently and (relatively) cheaply.

We used these methods to better understand the evolutionary relationships among various populations of the smallest abalone/pāua species from Aotearoa New Zealand, Haliotis virginea.

Our results show that the evolutionary history of this group was much more complicated than it appeared. Understanding how different populations relate to each other, and in fact what species they are, is essential to the management and conservation of marine areas and resources.

Natural history collections around the world contain tens of millions of mollusc shells. Wider application of our methods would increase by several orders of magnitude the proportion of samples in museum collections that can be used for genetic research.

Normally, only freshly removed and stored tissues are used for genetic research.

We can now sequence the DNA of thousands of species of molluscs that have never been found alive, including those that have recently become extinct or those that live in hard-to-reach places like seamounts.

Such paleogenetic studies of shells can reveal how species and populations have changed over time.

A rich and varied organic menagerie

Molluscs are an extraordinarily diverse animal group that includes snails, clams, and octopuses.

In New Zealand, culturally significant kaimoana (seafood) species such as green-lipped mussels are farmed extensively and are worth hundreds of millions of dollars to the economy.

Molluscs can also be carnivorous, such as the giant, worm-eating New Zealand Powelliphanta snails, many of which are critical danger.

Blue sea dragons drift in the open sea and feed on dangerous blue jellyfish. Some cone snails fire poison darts to catch fish and have been known to kill humans. Fortunately, those in New Zealand are unlikely to be fatal.

Molluscs can also be parasitic, living indoors or attached to other marine species. Tropical vampire snails suck the blood of sharks while they sleep.

Scaly-footed snails secrete metallic scales like armor. Other species rely on camouflage for protection. Load-bearing hulls glue rocks and other seashells to their own hull to blend in with the seabed.

Most molluscs are really small. Tiny, nearly transparent snails, often less than a millimeter in size even as adults, live deep underground in aquifers and caves. Conversely, giants like the colossal squid, which live in Antarctic waters, can exceed 500 kg and would produce a ring of squid larger than a hoop.

Some molluscs living today originated before Europeans arrived in New Zealand. Icelandic clams have been recorded as living for over 500 years.

However, death may not be the end of their story. Most species of molluscs produce a tough shell that can persist in the environment for thousands of years. Molluscs are therefore very well represented in the fossil record and have greatly improved our understanding of changes in biodiversity over time.

Surprisingly, only half of New Zealand’s population 4000 species of living molluscs were seen or collected alive. This includes tiny tree snails that have been sifted through leaf litter or shells extracted from sediments around the base of seamounts that are too rocky to sample directly.

Many of the known species of molluscs have not yet been given scientific names.

Natural history collections represent an invaluable and undervalued resource: an archive of knowledge and solutions to questions never thought possible, or that were held back by the technological limitations of the time.

With the congruent crises of climate and biodiversity, museum collections are not mere flights of the Victorian era. They are essential to help us better understand and protect our unique flora and fauna. These collections are essential for connecting present and future generations with these amazing species.

This article was originally published on The conversation. Read it original article.