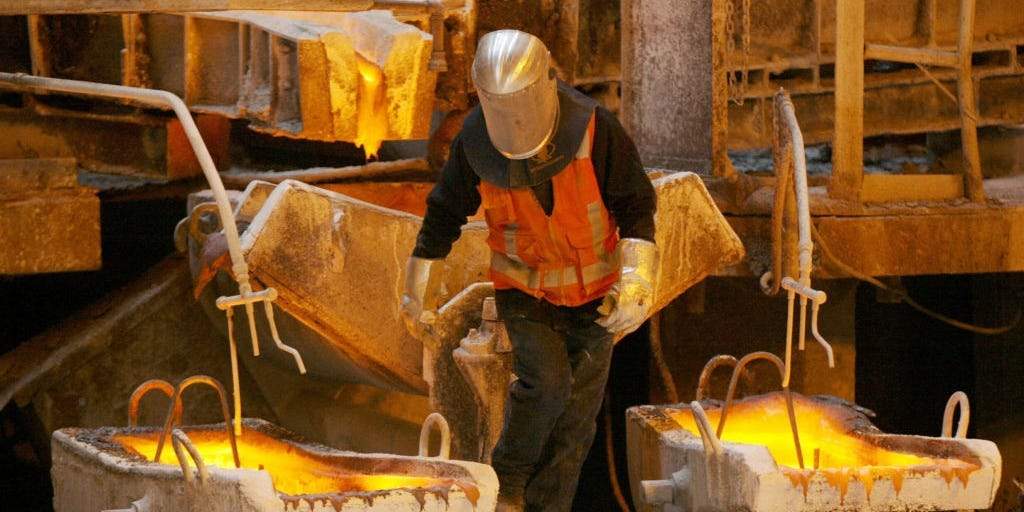 Commodity prices risk a major reversal that could undermine investors’ positioning in the face of rising inflation, according to Societe Generale

According to Albert Edwards of Societe Generale, commodity prices are at high risk of a major reversal.

The company’s global strategist said in a note on Wednesday that despite euphoric optimism about the strength of the global business cycle and its inflationary implications, investors could experience a major cyclical shock compared to expectations.

He sees commodity prices at risk of a reversal due to the sharp decline in China’s credit impulse. The credit boost measures the change in new credit issued as a percentage of GDP, and has historically been viewed as a driver of commodity prices. “While so many investors focus on the super-loose (some would say insanely loose) fiscal stance in the United States, they are missing the deflationary impetus that is heading to China,” Edwards added.

Fears of overheating inflation have been at the center of investor concerns in recent weeks, even as U.S. central bank officials signal price pressures will be transient.

Investors generally see as an inflation hedge, but Edwards noted a saying by investor George Soros that there is a strange “reflexivity” in investors’ belief in higher inflation that could actually drive up prices. of all.

When investors cram into commodities to hedge against inflation, they are actually creating upstream cost pressures (as PMI business surveys point out), Edwards said. These cost pressures result in a ‘cascading effect’ of upstream commodity price pressures, and aggregate CPIs are quickly impacted as food and energy prices rise, he said. he adds.

In turn, as investors watch the rising prices of industrial commodities, their beliefs that inflation is also on the rise are reaffirmed.

“The circular, or as George Soros calls it, the ‘reflexive’ nature of makes them extremely vulnerable to lashes. Yet, due to the current extreme dynamics, it would take a very heavy weight of evidence to convince this market to change direction, ”said Edwards.

He added: “When commodity prices start to fall, expect a major reversal in inflation sentiment. And expect momentum to become self-reinforcing and reflective on the downside as well, while how it was on the rise! “