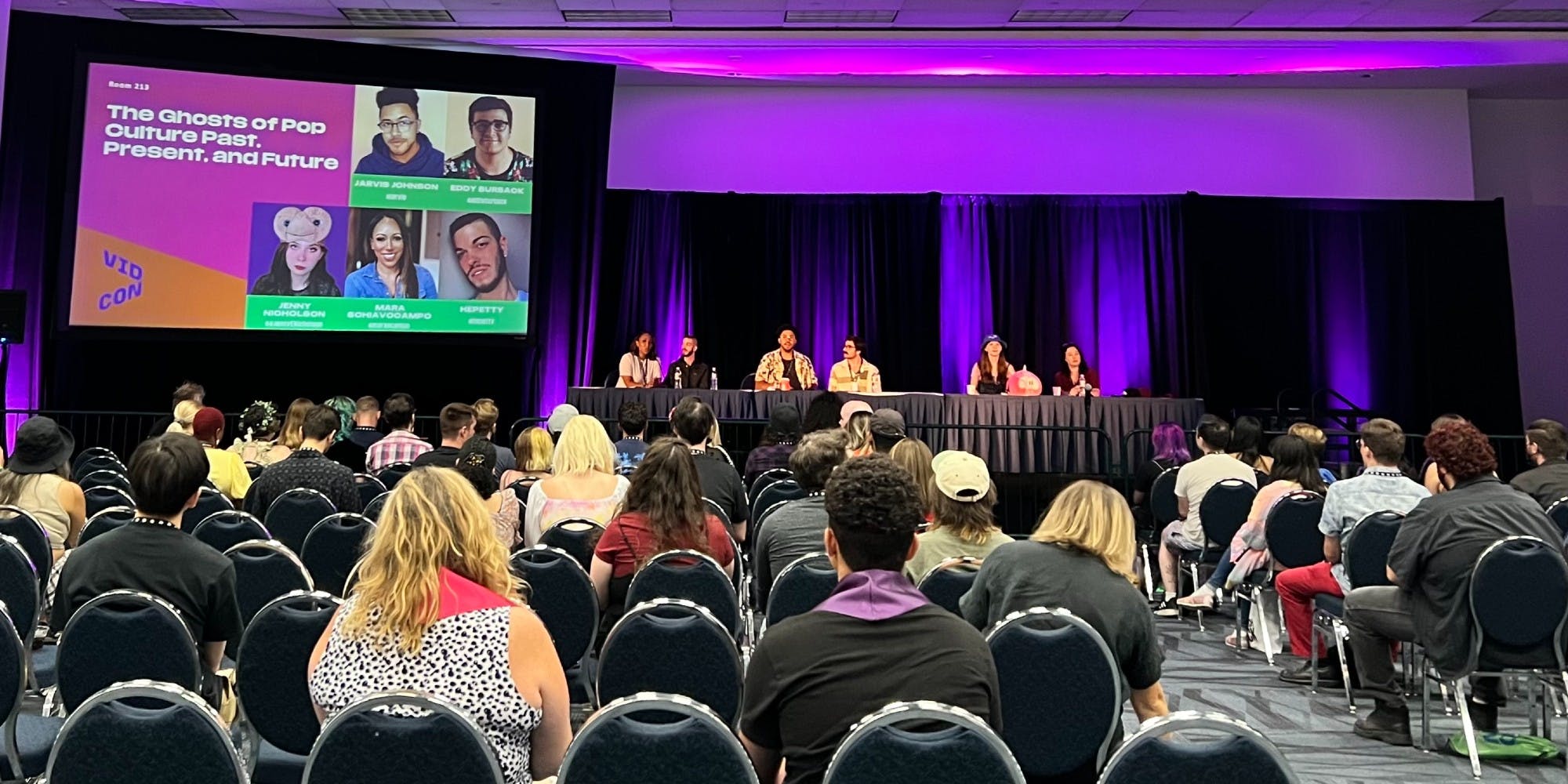 Top cultural commentary creators from YouTube and TikTok discussed the changes and challenges they’ve faced since the start of the COVID-19 pandemic during a VidCon panel on Thursday.

With everyone stuck at home at the start of the pandemic, there was nothing to do but watch content and connect through phone screens. Ellis, who quit YouTube last December, said it made social media more lucrative but made audiences more toxic.

“Nobody had anything to do and everyone was just trapped in front of their social media,” she said during the panel. “So I think the reactions from the public have become more emotional or intense.”

Ellis also clarified that she was not “pushed” off social media during this time, alluding to the controversy surrounding her exit from YouTube. On the contrary, she was tired of enduring the perpetual online abuse, which she says “never stops” even after 14 years of creation, and that she ran out of things to say.

“I felt like there were people doing more interesting things than me, and I kind of spent my time in the spotlight in that particular niche,” she said, stating later: “After [doing] something for so long, I kind of felt like I needed to know when to stop.

Active YouTubers on the panel discussed different approaches to covering pop culture in their YouTube videos. Nicholson has noticed a rise in longer-form nostalgic content amid the pandemic, a trend she contributed to with her viral 2.5-hour movie vampire diary video. Meanwhile, Burback said he started making videos he wanted to make, rather than videos he thought he should make, pointing to a recent piece he uploaded just by watching. Morbius five days in a row. He said that as the pandemic winds down, people seem to be looking for content that feels more authentic to a creator’s personality.

Still, the pandemic has made it difficult to create, and Burback said it’s hard to conceptualize videos when the world is going through something so dark.

“People are losing family members and I don’t want to be like, ‘Look at this YouTube thing going on.’ It doesn’t seem to matter much,” he said.

Johnson said the impact of the pandemic was more internal: “When I reduced the amount of exposure to new stimulants, I kind of felt like I was doing the same thing every day. It felt like Groundhog Day and it really hampered… my creativity.

He thinks other creators have also felt that pressure during the pandemic, and he said it was “exhausting” to create content at the start of it. Now, Johnson encourages budding creators to strike a balance. For his part, he said he has made progress over the past year in making time for friends, exercise and other activities to avoid burnout and find a best routine.

“I’m a very, hyper-focused type of person,” he said. “I’m working on a video and it’s like all my self-care is going out the window, and that’s not right. It’s not sustainable. »

Daysia Tolentino is the editor of the Daily Dot’s creator economics newsletter, Passionfruit. Her work has been published in Vulture, Bustle, InStyle and Study Hall.