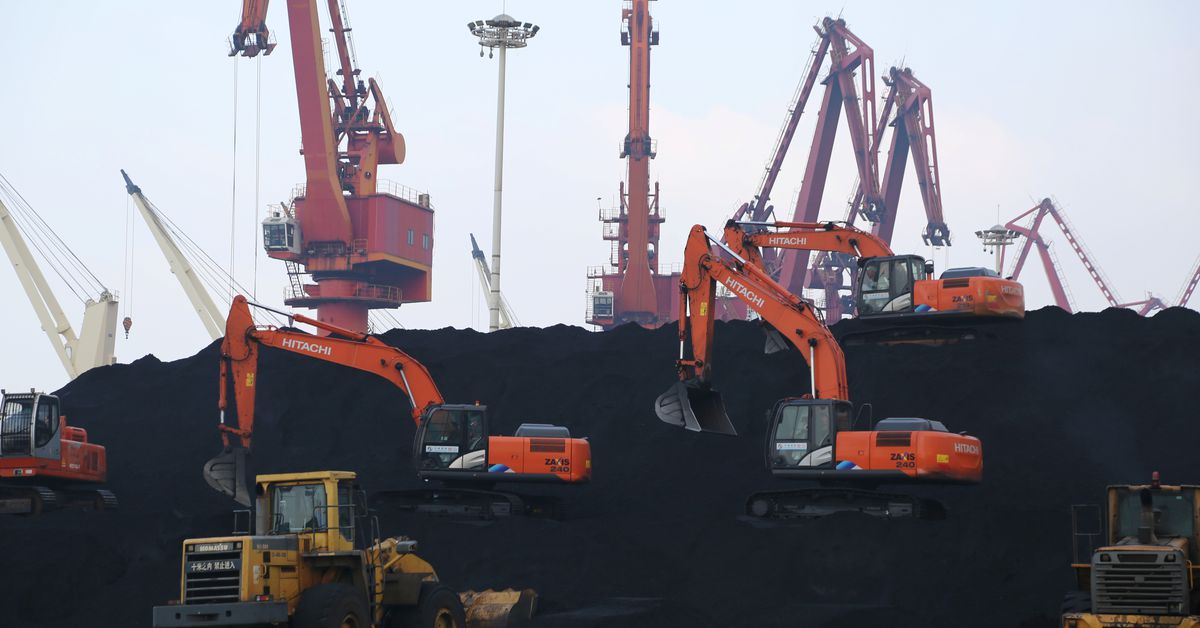 Imports of natural gas and coal were strong, but those of crude oil, iron ore and copper were weak.

Indeed, October data reflected China’s need to increase power generation fuels and the negative impact of the power shortage on energy-intensive industries such as steel and refining. copper.

Coal imports appeared weak in October at first glance, as they fell to 26.94 million tonnes, down 18% from September’s 32.88 million, according to customs data released on Sunday.

But October’s imports were also nearly double the 13.73 million tonnes in October of last year, and imports have tended to increase since June, when it became clear that China’s domestic production did not keep up with resurgence electricity demand.

It’s also worth noting that the shipments arriving in October were said to have been purchased as Asian shipping prices hit record highs, meaning Chinese buyers were desperate enough to pay massive prices to secure shipments.

Imports of natural gas, including pipelines and LNG, amounted to 9.38 million tonnes in October, up 24.6% from the previous year, and increased 22% over the course of of the first 10 months of the year.

Like coal, spot LNG prices in Asia have skyrocketed in recent months, with the weekly valuation reaching a record $ 38.50 per million British thermal units (mmBtu) in mid-October.

While China’s LNG imports during the month would have been a mix of long-term crude oil-related supplies and spot cargoes, the surge in natural gas imports in October despite high prices shows a determination to overcome the crisis. energy crisis.

Crude oil was a weak energy product in October, with imports falling to 8.9 million barrels per day (bpd), the lowest since September 2018.

In some ways, the weakness of crude imports is an imposed result rather than a market result, given the absence of official import quotas for independent refiners.

But refinery processing rates have also come under pressure amid a general power shortage, with the sector encouraged to use energy sparingly as coal production increases to ensure sufficient power for the industry. northern winter to come.

Electricity constraints on the steel industry also appear to have affected iron ore imports, which fell to 91.61 million tonnes in October, down 14.2% from the same month in 2020 and also down 4.2% from September.

Imports since the start of the year are down 4.2%, with much of the drop occurring in recent months as authorities in Beijing have taken steps to ensure that steel production is on target. year would not exceed its target of being the same or lower than the 2020 record of 1.06 billion tonnes.

Imports of raw copper increased for a second month in October, reaching 410,541 tonnes, from 406,016 tonnes in September.

It should be noted that imports of copper ores and concentrates were 1.797 million tonnes in October, down from 2.11 million tonnes in September, reflecting lower demand from refiners amid the crisis. electricity supply.

Weak copper and iron ore results also reflect a loss of momentum in China’s key industrial sector, with the Manufacturing Purchasing Managers Index falling to 49.2 in October, falling a second month below the level key of 50 which separates expansion from contraction.

Manufacturing is likely to remain under pressure until it is convinced that the Chinese power sector has sufficient supplies and capacity, a point which can only be reached after the winter demand period of point passed.

Looking ahead, this means that imports of iron ore and copper are not expected to rebound quickly.

The outlook for coal is more mixed, as domestic production increases and still high sea prices could dampen enthusiasm for imports.

Natural gas imports are expected to remain robust, even in a high price environment, as fuel demand is relatively inelastic during the winter period.

Imports of crude oil are also expected to increase as refiners increase production to ensure winter supply and after more crude import permits for independent refiners are issued.

The views expressed here are those of the author, columnist for Reuters.