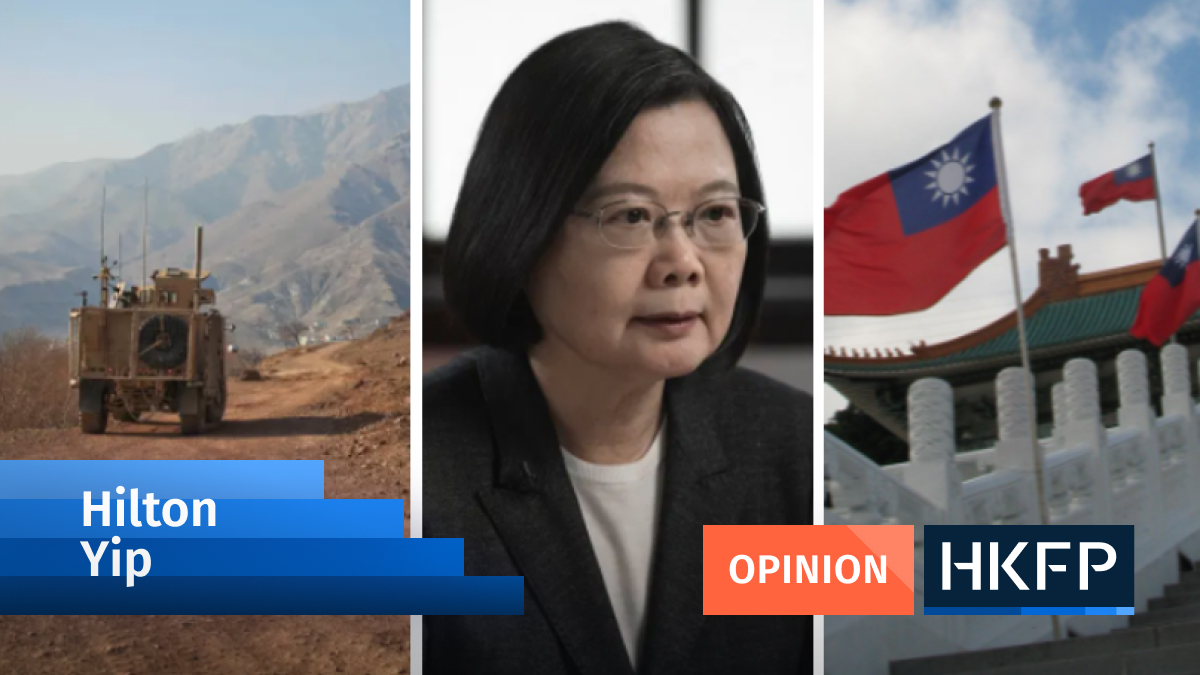 Can Taiwan learn from what happened in Afghanistan?

The fall of Afghanistan to the Taliban shocked the world community, especially the United States and its Western allies. The US withdrawal sparked speculation about the strength of its commitments in Asia: could Taiwan count on US military support during an attack? Taiwanese Prime Minister Su Tseng-chang recently asserted that Taiwan would not collapse like the Afghan government did. President Tsai Ing-wen also sent out a harsh message.

Admittedly, Afghanistan and Taiwan are separate places with different histories and circumstances, so any comparison is likely to be easy or superficial.

However, the debacle in Afghanistan still contains useful lessons for Taiwan.

The events of the past week have tragically demonstrated that even a great world power like the United States is not invulnerable. When Taliban forces entered Kabul in mid-August, it came as a shock to the United States and other Western governments. As late as August 12, US officials insisted that Kabul would fall “within 90 days.” A few days later, the Taliban mocked this prediction.

They advanced in Kabul as Afghan President Ashraf Ghani fled by plane to Qatar. Thousands of desperate and panicked Afghans and Westerners have invaded the city’s airport. Meanwhile, helicopters flew over the roof of the U.S. Embassy to retrieve staff members, recalling scenes from the U.S. flight from Saigon in 1975.

Admittedly, Afghanistan and Taiwan differ in many ways. The first was a besieged and corrupt state struggling to pay off a demoralized army beset by a powerful local enemy. The latter is a developed democratic nation with modern military and internal stability. Moreover, the military threat to Taiwan is external and would involve not counterinsurgency but large-scale naval, air and potentially land battles.

There is a popular hypothesis that the withdrawal of the United States from Afghanistan and the chaotic evacuation of Kabul signifies not only a loss of prestige, but also a decline in the power of the United States. If this is true, Taiwan has good reason to be afraid, as any expected American support would be essential in repelling any attack from China. However, other observers note that the US withdrawal from Afghanistan will allow it to focus more on East Asia by allocating more manpower and resources to a potential threat from China.

There is no doubt that US intelligence on the condition of the Afghan leadership, their army units and morale was deeply flawed. However, US personnel on the ground in Afghanistan appear to have had a clearer picture of the issues than senior US officials, who seemed distraught until the time the Taliban moved to Kabul.

One would hope that the United States has better intelligence on Taiwan, especially the island’s military capabilities and resolve, and that American military and civilian leaders will not be so misinformed in the event of a crisis. This is a concern because US forces are not based in Taiwan (regardless of what a US Senator mistakenly tweeted recently) aAs a result, there is little direct communication between military exercises between US and Taiwanese forces.

Either way, it would be a mistake for Taiwan to be complacent and rely only on the support of its allies. The harsh words of officials like President Tsai must be followed by action. Taiwan’s determination to defend itself must be taken more seriously. Tsai called on Taiwan to practice “self-reliance” and be stronger and more united. But she gave no details on how that would be accomplished.

There are concrete ways to improve Taiwan’s defense readiness. Taiwan’s conscription period of just four months is woefully inadequate and the training standard has come under criticism. In comparison, other Asian countries like South Korea and Singapore have mandatory conscription periods of between 18 and 24 months.

The government of Taiwan is working to reform the military reserve system for men who have already completed conscription. But this adjustment to lengthen the training of reserve troops will not be implemented until 2022-2024 and will only apply to several thousand reservists out of a potential pool of hundreds of thousands.

The government of Taiwan must also intervene to better prepare the public for a military conflict. An ill-informed and unprepared civilian population could quickly lose morale. Taiwan could follow the lead of Sweden, which released brochures for its civilian population in 2018 telling them what to do in the event of an invasion. Authorities could also consider organizing courses to teach civilians what to do in a military attack. At least one Taiwanese organization has organized weekend camps for locals to learn about rescue measures. But without the help and coordination of the authorities, these efforts are limited in scope and impact.

Taiwan is unlikely to meet the same fate as the Afghan government. Given the high stakes for the balance of power in East Asia, the United States would certainly do more to support Taiwan in a potential conflict. However, Taiwanese leaders would be wise to keep recent events in Afghanistan in mind and act with more initiative, thoughtful planning and contingency to improve national defense.

Desert Sun is gearing up for sale again, this time for $ 12.9 million