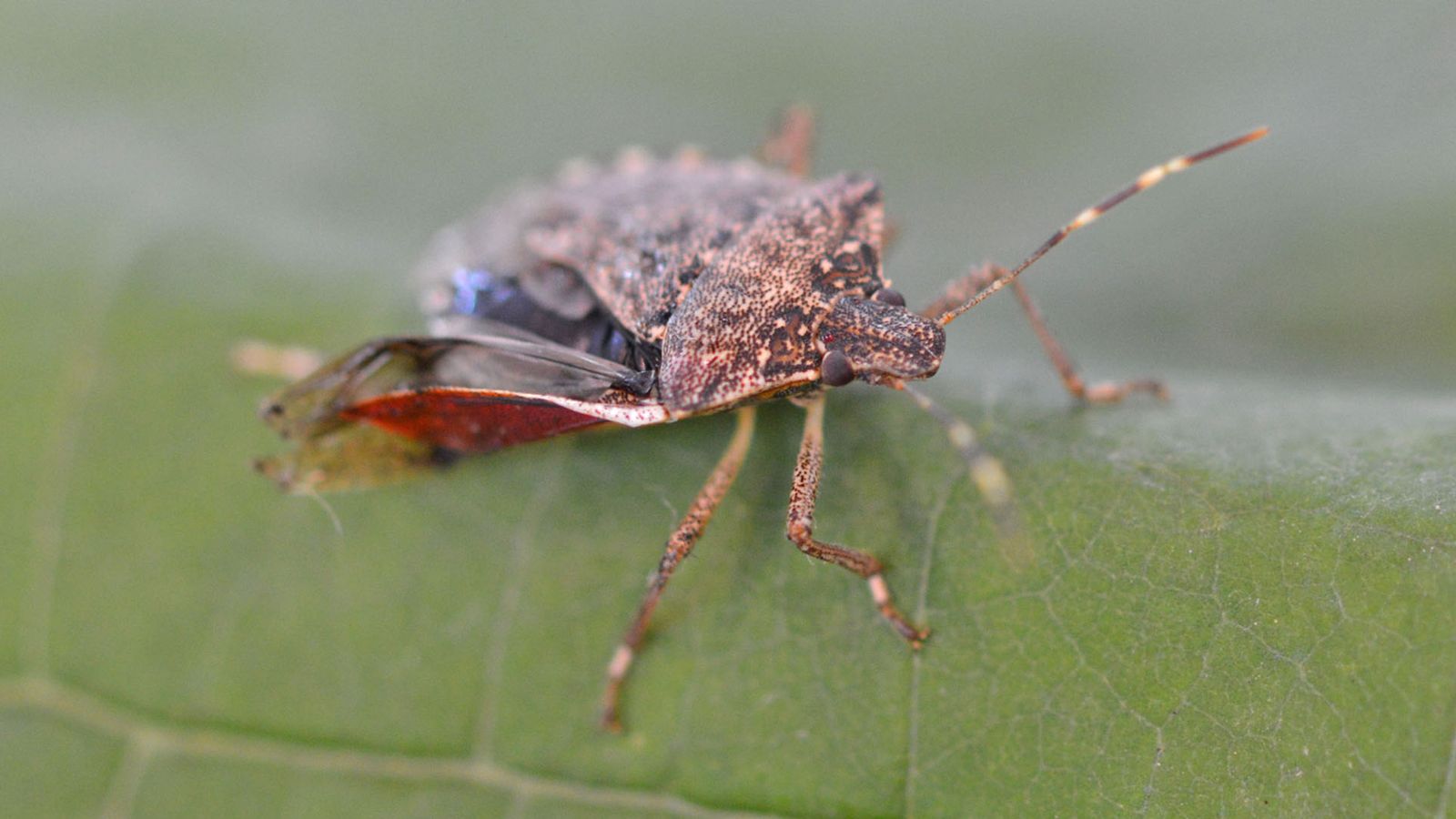 A bug species could become “problematic” for crops and gardens after its discovery in Surrey, experts have warned.

The brown marbled bug is native to Asia, can grow up to 1.7 cm tall, and gets its name from the foul odor it gives off when threatened.

A pheromone trap has caught the virus in the Royal Horticultural Society’s garden in Wisley, but fears are growing about the population of invasive species growing.

During the summer, pests live on fruits and vegetables by piercing the surface and sucking up the juice, deforming the product and causing it to rot.

They can also invade homes during the fall months, leaving stains on curtains and rugs.

Dr Glen Powell, Plant Health Manager at RHS Garden Wisley, said: ‘The installation of pheromone traps in our gardens allows us to study invasive species from their arrival in the UK through to colonization. potential.

“Although there is currently no evidence of breeding, we would expect the stink bug to increase in prevalence and it can become a problem in gardens during the summer and homes during the winter months of” here five to ten years.

“This is not a sudden invasion but potentially a gradual accumulation and spread of population, exacerbated by the warming of our world.

“The bedbug is not the first to land on our shores and will not be the last, and understanding how we can best manage it is the next challenge for the research community that supports gardeners and commercial fruit growers and vegetables.”

The pheromone trap attracts insects by releasing its natural scents on a sticky board and is part of a project led by the Ministry of Environment, Food and Rural Affairs and the National Institute of Agricultural Botany.

It is not known how the bug got to the UK or if the species can breed locally, but the south-east of England is believed to be the northernmost limit of the bug’s potential range. , although climate change means it could spread further.

There are over 40 species of bedbugs in the UK, however, most pose no threat to plant health and are not considered pests.

A Defra spokesperson said: “The marbled bug is not a significant threat, but as with all pests and diseases, we will continue to monitor any threats closely.”