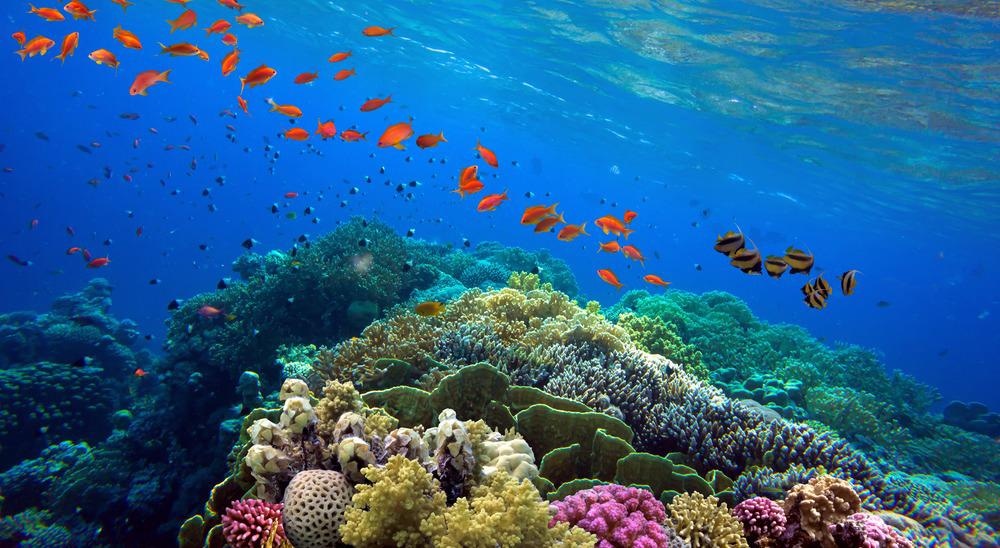 Human-induced climate change has resulted in a significant increase in ocean temperatures. As a result, species and ecosystems are threatened with extinction. This article delves into warming oceans and explains some of the ways we can avoid the worst possible effects of anthropogenic climate change.

The global average temperature of the first few meters of the sea below the surface has increased by about 0.13 ° C each decade over the past century. Lower down, about a third of all excess heat absorbed by the oceans was absorbed 700 m below the surface.

This general warming has an impact on marine species and ecosystems. Many animals moved to new areas due to the excessive heat and their predators were forced to follow them.

Oceanographers recently reported a disturbing example of this phenomenon. The habitat of the North Atlantic right whale population in the Gulf of Maine warmed in 2010 when warm waters from the slopes entered the region, due to climate changes in the Gulf Stream.

Endangered right whales moved their feeding grounds in late spring and summer because of this and started showing high mortality rates in 2017. Only 15% of adult female right whales gave birth in the 2010s, compared to 47% in the 2000s.

Sadly, this is just one of many cases in which anthropogenic climate change has put marine species and ecosystems at risk.

Fish, seabirds and marine mammals all face these risks from high ocean temperatures. Mortalities increase, breeding grounds are threatened and lost, and species migrate massively in search of better conditions.

Save the seas: keep global warming below 2 ° C

Much of the damage caused by global warming has already been done and could be irreversible. However, many species and ecosystems can be saved if ambitious global goals are met.

Keeping global warming below 2 ° C above pre-industrial levels is essential. Without this limitation, massive and irreversible impacts on marine ecosystems cannot be avoided.

It means decarbonizing our economies. Large-scale investments in renewables and nuclear power and regulations such as carbon taxes are needed to end our dependence on fossil fuels which destroy the planet.

What can we do? Suggestions from IUCN

The International Union for the Conservation of Nature (IUCN) is a membership organization comprising government agencies, businesses and other stakeholders. Its funding comes primarily from governments and foundations, with some funding from multinational energy companies such as Total Se.

The IUCC makes policy suggestions and recommendations to protect the natural environment around the world. Focusing on warming oceans, the organization makes the following practical suggestions.

Conservation in well-managed protection areas is an effective way to protect marine ecosystems. Regulating human activities such as trawling, shipping, and tourism in these areas can help protect the animals that live there.

IUCN suggests using reduced catch limits and subsidies to prevent overfishing, which damages marine ecosystems as well as warming oceans caused by CO2 emissions. Regulation can also ensure that development in coastal areas is as environmentally friendly as possible.

More data on the scale, nature and impacts of warming oceans can contribute to better decision making and better planning to protect seas.

The plight of the North Atlantic right whale is a warning to us. Without immediate and large-scale action, many other marine species and ecosystems will be threatened by warming oceans.

IUCN. Warming of the ocean. IUCN. [Online] Available at: https://www.iucn.org/resources/issues-briefs/ocean-warming

Disclaimer: The opinions expressed here are those of the author, expressed in a private capacity and do not necessarily represent the views of AZoM.com Limited T / A AZoNetwork, the owner and operator of this website. This disclaimer is part of the terms and conditions of use of this website.

The view from Kew: 40% of plant species threatened with extinction