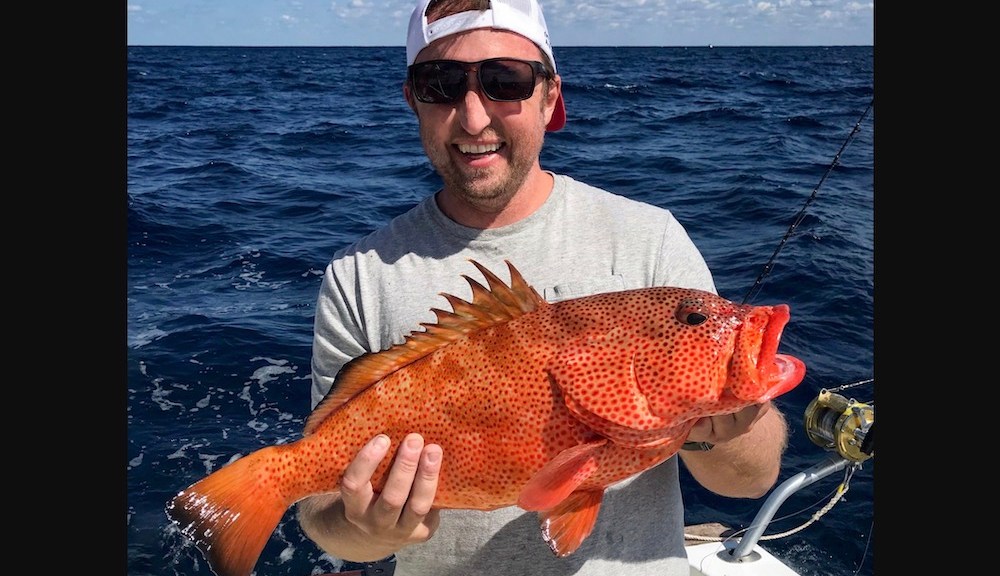 The capture by a North Carolina fisherman of a type of grouper called a red doe led to the creation of a state record category for the species.

Matthew Parr of Wilmington caught the 7-pound, 1.6-ounce red doe on Oct. 1 and the North Carolina Marine Fisheries Division announced this week that it has certified the catch to be a record.

â€œPreviously, North Carolina had not listed a state record red doe, but created the category after Parr claimed the state record,â€ the agency said in a press release. “The Division of Marine Fisheries is creating new categories of state records for exceptionally large fish for North Carolina.”

Catches of giant red deer are rare. The International Game Fish Assn. lists two 9-pounders, caught off Florida and Georgia, as a tie for the world record.

The red doe is native to the western Atlantic and extends from the eastern United States to Brazil. They represent an important commercial fishery in the Caribbean.

Fish live in reefs and feed primarily on crabs and other crustaceans, as well as small fish.